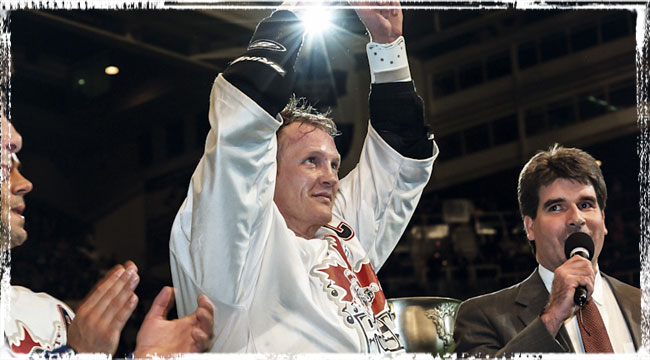 In 1999, I was just finishing up my time as the Ontario Lacrosse Marketing Director to move out west to Whistler, BC. I had the privilege to photograph the Toronto Rock in its inaugural season & first NLL Championship Title.

“The Toronto Rock finish the season with a perfect home record, going a combined 8-0 (regular season and playoffs) after a 13-10 win over the Rochester Knighthawks in the Championship Game before a sellout crowd of 15,691 in Maple Leaf Gardens. The game is televised throughout Canada by CTV SportsNet, and in the United States on ESPN2.” From Wikipedia, the free encyclopedia (This post is dedicated to  my late friend Les Bartley)