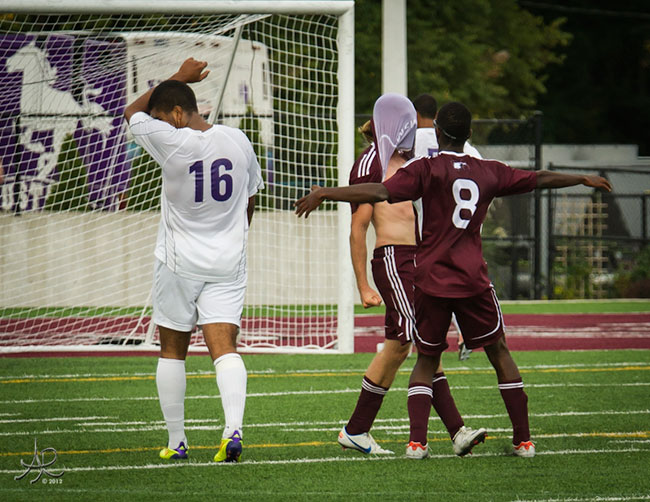 With just six minutes remaining in regulation time, Mark Reilly scored for McMaster to give the men’s soccer team its third Ontario University Athletics win. Sunday’s (Sept. 9) 2-1 win over the visiting Western Mustang’s gave the Marauders a 3-0 record in West Division play. Mac won 2-1 over Windsor on Saturday and opened the season with a 3-1 decision over Waterloo on Wednesday. Sunday’s game at Ron Joyce Stadium opened up with a quick goal by the Mustang’s Eric Amato. The game was just two minutes old when he took the game’s first shot and scored. Western controlled play for the first 45 minutes, but McMaster’s defence held off the strong Western attack until the Marauders offence could get on track. McMaster pulled even in the opening minute of the second half of the match when Ryan Garnett got the equalizer. The Marauders continued to pressure the visitors and it paid off with just six minutes to go. With a ball fed through the middle to Reilly up front, he beat a defender and the goalkeeper for the game winner.   Next up for the Marauders are the visiting York Lions, who also boast a 3-0 record. Wednesday’s (Sept. 12)game starts at 8:15 p.m.