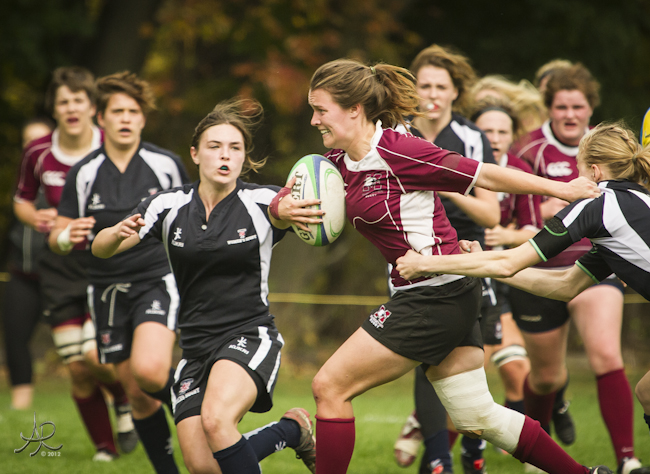 The efforts of rugby players drew the attention of selectors who have chosen two players for this week’s Pita Pit Athletes of the Week at McMaster University.

From the men’s team, rookie James Leveridge was a standout as the Marauders handily defeated the Toronto Varsity Blues on Friday (Oct. 5), shutting them out and scoring a whopping 85 points.

Leveridge, an Oakville native, scored an outstanding 30 points, that included 11 converts, one try and one penalty goal in the win. The math and stats major was perfect on converts up until the final one of the game.

Maggie Cogger-Orr, a Thornhill native, took the female honour. Despite fighting injury all season, the fourth-year stepped it up in McMaster’s last regular season game of the 2012 season.

Defeating the Toronto Varsity Blues 60-7, the Commerce major scored three tries and kicked for one convert in the win, solidifying McMaster in second place in the Russell Division.