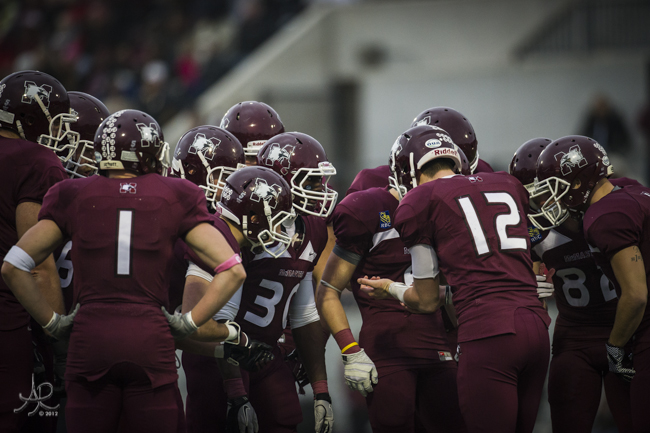 McMaster quarterback Kyle Quinlan had a sensational game as he led the Marauders to a 45-6 victory over the Calgary Dinos in the Canadian Interuniversity Sport’s Mitchell Bowl on Saturday (Nov. 17).

Quinlan, a fifth-year pivot completed 25 of 35 passes (71% completion rate) for 412 yards. Three of those tosses were for touchdown. When he wasn’t displaying his arm, Quinlan put his legs to use, rushing 11 times for 50 yards (4.5 yard average) and three touchdowns.

His six all-purpose touchdown performance set a CIS playoff record, earning him, not surprisingly, player of the game honours. On top of those two tributes, Quinlan was named OUA offensive football player of the week.

The female athlete award goes to fifth-year guard Sasha Polishchuk (Richmond, B.C.), who was a force for the Laurentian Lady Vees against Windsor and Western this past weekend.

In a losing effort against the top-ranked Windsor Lancers, Polishchuk led the game with 26 points, nine assists and three steals. On Saturday night against the Western Mustangs, Polishchuk found herself dominating the box score once again as she recorded a double-double with 38 points and 11 rebounds. She also added a game-high six assists and two steals as the Lady Vees rolled over the Mustangs 74-64.

Polishchuk currently leads the OUA in scoring with 25 points per game.

Besides Quinlan, two other Marauders were singled out for their efforts Saturday against Calgary. The OUA’s defensive player of the week award goes to cornerback Steve Ventresca.

On a defensive unit that had several stars in the Mitchell Bowl victory, Ventresca (Hamilton) may have shone the brightest. The third-year veteran had nine solo tackles and two pass break-ups, while supplying blanket coverage on the Calgary receiving corps. Coach Stefan Ptaszek said it seemed like Ventresca was all over the field making plays.

On special teams, Trevor Gary was noted for his downfield coverage.

Playing with wild abandon, Gary (Mississauga) led the Marauder kick coverage team. Gary had two solo tackles and was the key player disrupting the Dino return team and not allowing Calgary to gain field position on change of possession.