Wide receiver Michael Dicroce of Hamilton returned to the McMaster lineup, scoring two touchdowns to lead the No. 1 ranked McMaster Marauders to a 42-28 win over the No. 8 Western Mustangs in Ontario University Athletics football semifinal play.

McMaster advances to the 105th Yates Cup OUA championship next week against the No. 5 Guelph Gryphons, who knocked off the No. 6 Queen`s Gaels, 42-39, in overtime in the other semifinal.

The victory also puts McMaster in elite company having equaled the Canadian Interuniversity Sport record of 19 consecutive wins set by the Laval Rouge et Or. Laval accomplished the feat in the 2004-2005 seasons while McMaster hasn`t lost since last September.

Dicroce, who was the league MVP last season, was named the ‘Big Mac McDonald’s’ player of the game catching two key touchdowns and tallying five receptions for 139 yards. He was playing in his first game of the year after suffering an ankle injury in training camp. 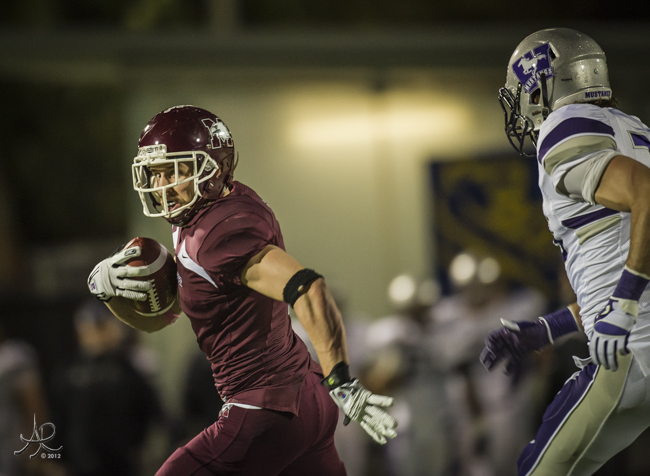 Kyle Quinlan (South Woodslee) finished 22 of 43 for 324 yards and three touchdown strikes including a 103-yard momentum changing touchdown to Dicroce which handed the Marauders a 23-18 lead in the third quarter – a lead they would not relinquish.

London’s Matt Uren and Brian Marshall had the two receiving touchdowns for the Mustangs while Garret Sanvido of Vancouver punched in the other on the ground.

For McMaster, Tanner Forsyth (Mt. Albert) ran in two touchdowns on 17 carries for 97 yards while Spencer Moore (Hamilton) caught the other touchdown from Quinlan. 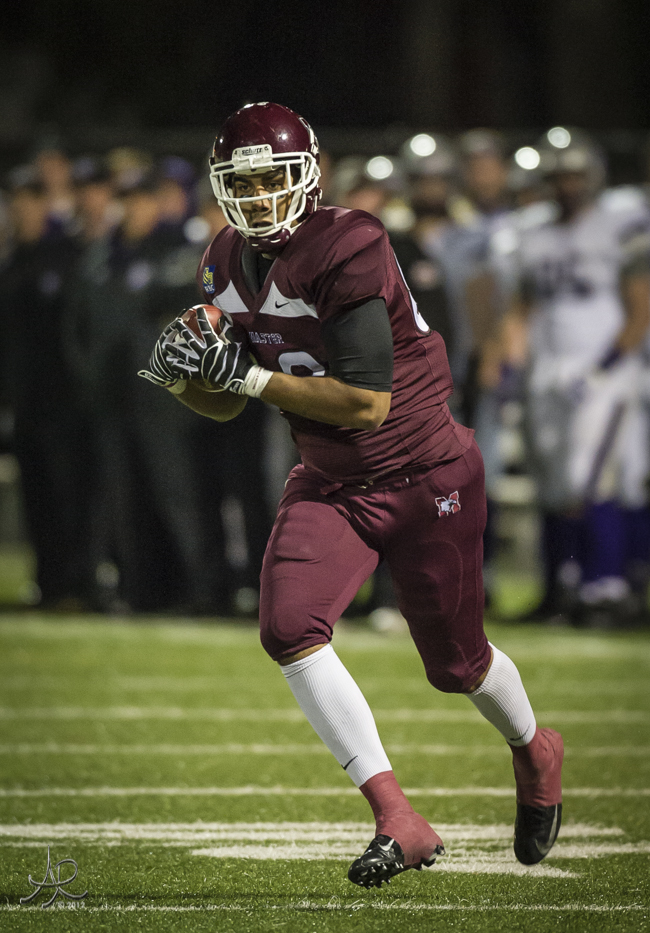 McMaster’s Joey Cupido (Hamilton) picked off Finch twice and made two tackles to crush the Mustangs hopes of an upset.

The crushing blow for the Marauders was the 103-yard touchdown pass by Quinlan to Dicroce. Down 18-17 in the third quarter and pinned in their own end zone, Quinlan connected with Dicroce on a bomb to midfield. Dicroce would beat three more defenders for the rest of the 103-yard touchdown and a slim 23-18 lead.

McMaster would then pile on 19 more points to take a 42-21 lead before Western added a meaningless touchdown with just 16 seconds to play and a 42-28 final. 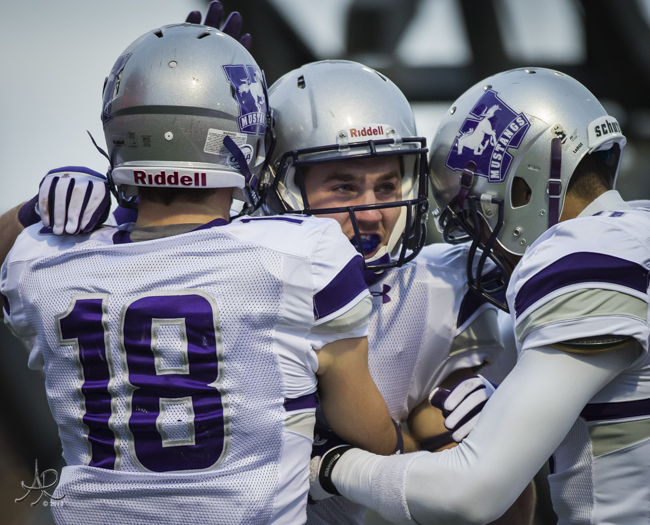 Western held a 17-7 lead in the second quarter after scoring twice within two minutes on a Sanvido one-yard run and a 37-yard Finch touchdown to Marshall.

McMaster would equal the score by halftime with Forsyth scoring his first TD with 4:34 remaining and then Tyler Crapigna (Nepean), hitting a 19-yard field goal as time expired in the half to bring the score to 17-17.

Crapigna would actually miss the game-tying kick at the half in his first attempt from the 40-yard line, but Western’s Malcolm Brown (London), ran the ball out of the end zone and fumbled, with the Marauders Jeremy Kyei (Hamilton) recovering the ball. On the play, there was a Western penalty and the half cannot end on a penalty giving the Marauders a second chance at the kick.

Here are some of my favorite pics:

Best of Luck to all the actors/models from Talent Inc. Canada at their 2012 National Conference in Toronto. It was a pleasure working with you and doing your headshots.  I would like to personally congratulate you on all your efforts. I know that the experience will be something you will remember for a lifetime. Congratulations & Good Luck! Learn more about Talent Inc. Canada [Click Here] 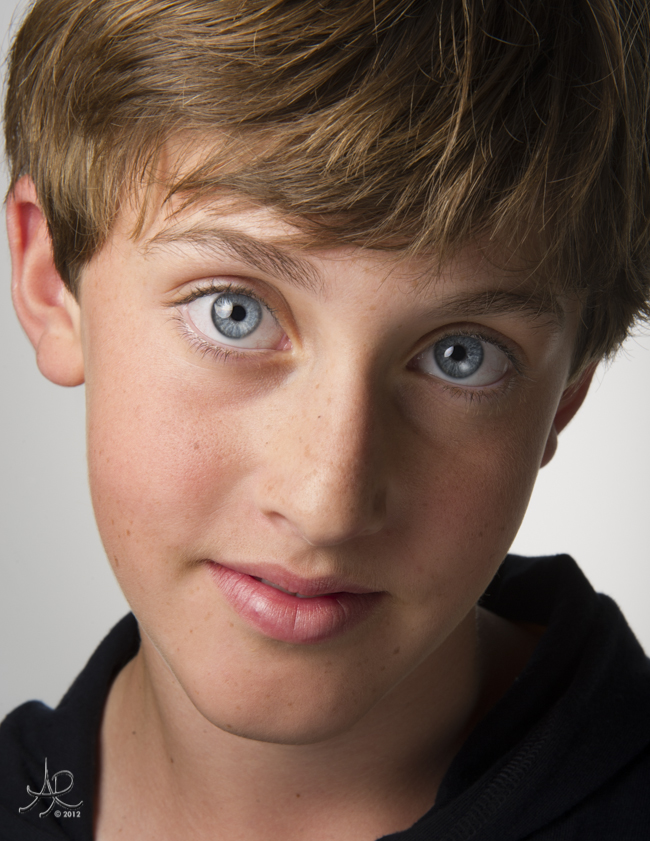 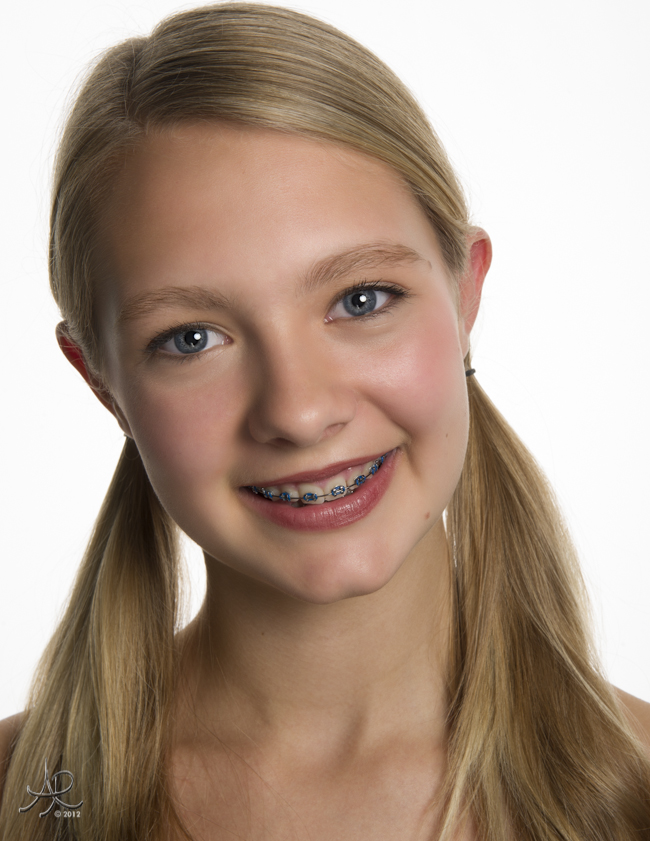 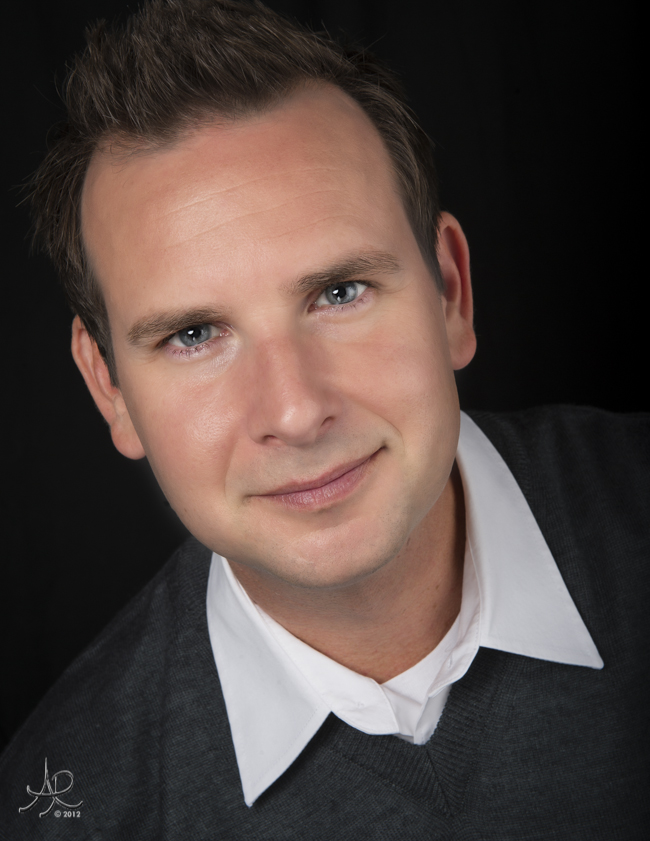 I wanted to share some of the fresh new faces from a recent head shot photoshoot at Talent Inc. Canada in Toronto. I was very impressed with the monologues and singing voices that I heard when photographing the young actors. Many of them had great facial expressions and personality. Sometimes there is that kid that just clicks with you. I feel that "Goran" has a bright future in front of any lens. Stay Tuned for Part 2 of Talent Inc. Headshots. 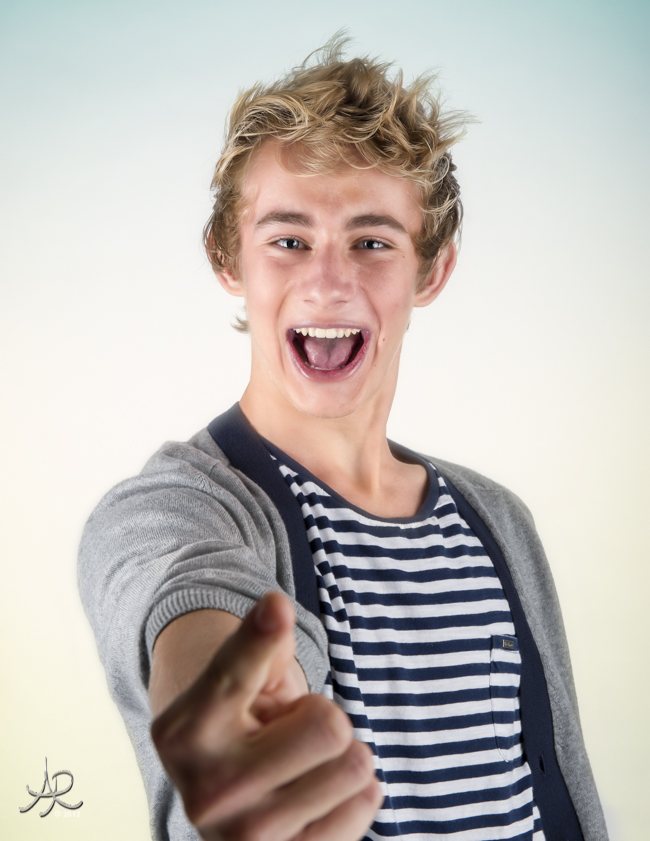 It was a pleasure to photograph Kim from Dreamscapes in Biltmore Domicile, Distillery District-Toronto. The custom sofas and home decor is eclectic with style. Never leaving us short of inspiration for the next shot. 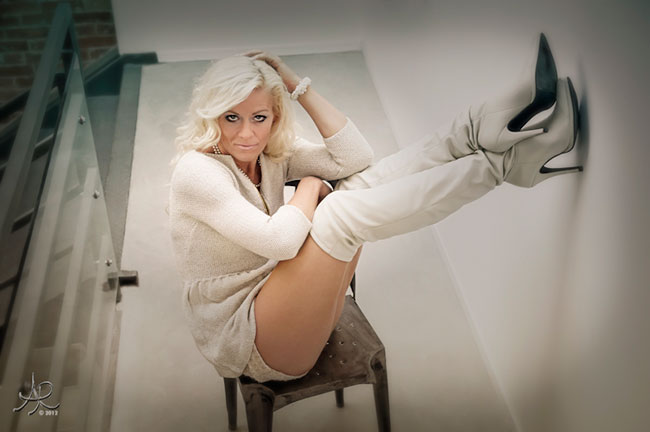 Kim started with a sassy grey tweed and boots with an attitude! Help Kim get her pilot off the ground with a ‘like’ on fb page https://www.facebook.com/pages/Donating-Dreamscenes-Students-Say/402058209849228 . The more likes, the more sponsors will come on board so PLEASE tell all your friends to go to the page and take one second to click "Like". This pilot show is not only multi-cultural and multi-generational, but also encourages the mass population to be humanitarian minded and think about what they can do in whatever capacity for charitable locations in their community. If it is picked up this fall then you will be helping the charities in your own community. [nggallery id=50]

Prior to Photoshop World (PSW) I was preparing the kids for school, organizing work schedules and household for my departure.  All this takes a collaborative effort and cooperation of many people to advance my career in photography. If anything, I have done a lot of self-reflection about what kind of photographer I have become.

I am proud to say that I have been to four PSW’s and a G+ Conference by Kelby Media Group. The passion and commitment that is demonstrated by the organizers, moderators and instructors is praiseworthy.

As an attendee I am always moved when appreciation is acknowledged to individuals and collective team efforts are recognized.  The admiration for Scott & Kalebra Kelby is heartfelt in the closing remarks from RC Concepcion, Frank Doorhof,  Moose Peterson and Dave Black.

This PSW was the most inspiring for me yet because I was faced with questions that were very deep. At the time I only had superficial answers.  I seemed to just blank out with meaningless chatter, but going through the process brought be somewhere real and inspiring.

Adobe was connecting with photographers who use their products. At the time I thought I was going to show them pieces of my work and explain how I used photoshop. Little did I know when I walked into the interview room would there be a full on production crew…Hair-Makeup-Sound-Lights-Camera-ACTION!

OMG I was a deer in headlights! I’m in Vegas right! Have not slept in 72 hrs and just buzzing with information overload from the amazing classes, events and reviews from PSW.

The crew was so wonderful, but I didn’t want to bring my personal feelings on camera and be emotional. After listening to countless stories of how life touches us, it is ok to feel and be vulnerable. This is where passion comes from within. Snapping a photo on the side "just because" may mean more than you think.

Before I left for PSW a little girl who touched many lives in our community passed away at a soccer tournament in West Virginia. Sydney Wood was an exceptional young lady and athlete who I had the honor to photograph in Soccer and Basketball. To help ease the pain, I compiled photographs over the last few years to love and honor Sydney and posted to YouTube. I offered the photographs to help ease the pain and download for comfort.

I was overwhelmed how the community embraced the photographs to help heal and honor Sydney in her most spirited light. Most of all I was blessed to have the ability to help, when so many were in need.

I’m on a journey and I’m seeking beauty in life. It may be gone tomorrow, but life is picturesque. It may be captured in a moment and experienced for a lifetime. This is what inspires me! 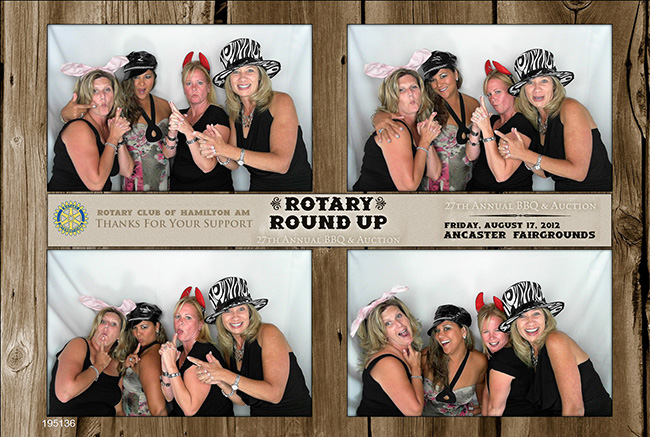 It was a very busy weekend. It started out with a super stretch limo ride to the Hamilton Rotary Club AM Annual Fundraiser in Ancaster. I love to support our local community organizations. And way too much fun when there's a photo booth to play in with your girlfriends!  BUT not too much fun because our.... Dundas Dragons (1) vs St. Catherines (2) U11 SRSL Semifinals 08-18-12 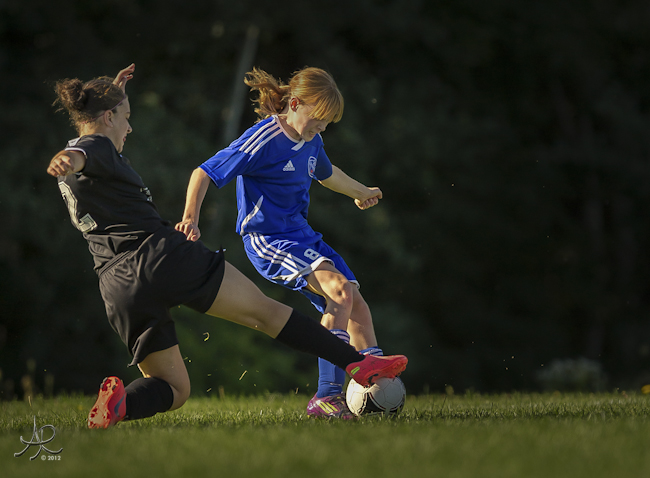 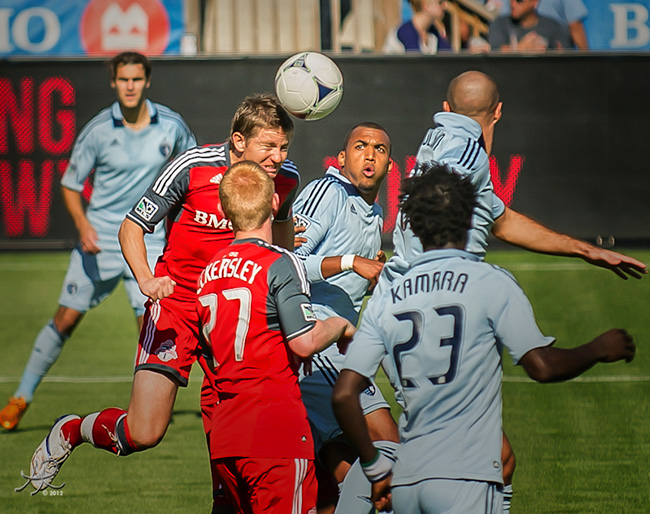 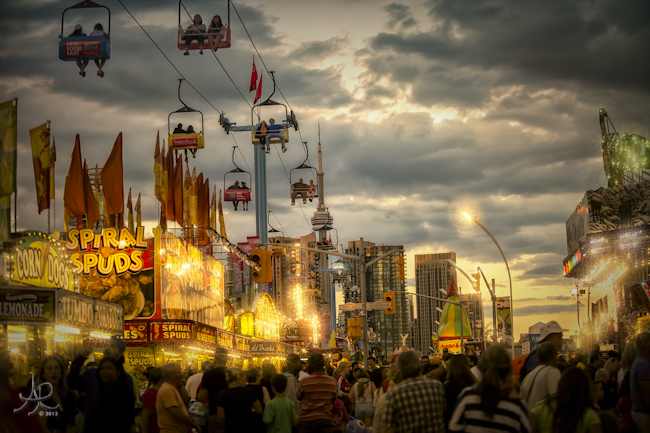 It was a GREAT WEEKEND! Click links above to view more photographs

On the last day of the Ganon Baker Skill Workout Basketball Camp I took some snaps of the athletes and coaches. I was throughly impressed with the intensity, motivation and keeping it real attitude. Even though the hard work brought tears, exhaustion and determination, there were a lot of smiles and high five's to go around the gym. This camp challenges athletes on the court and in the classroom. It tests you to succeed to the next level...AND if your ready to take a money ball ($-DVD-Nike's) YOU might just get it in if you believe!!!!  Congratulations to all the athletes, coaches and organizers for working together to bring Ganon Baker Basketball to Canada!

I had an opportunity to shoot the Ganon Baker Camp at Saltfleet High School this past week. The coaches, parents and athletes were absolutely fabulous! More images of the camp, Ganon and his fabulous coaching team will be posted this week. Check out Dave Johnson (DJ) in this alley way composite. DJ signs his signature "-talent is a gift, hard work a choice". I took an image taken from the Toronto Google+ photowalk to make the composite. 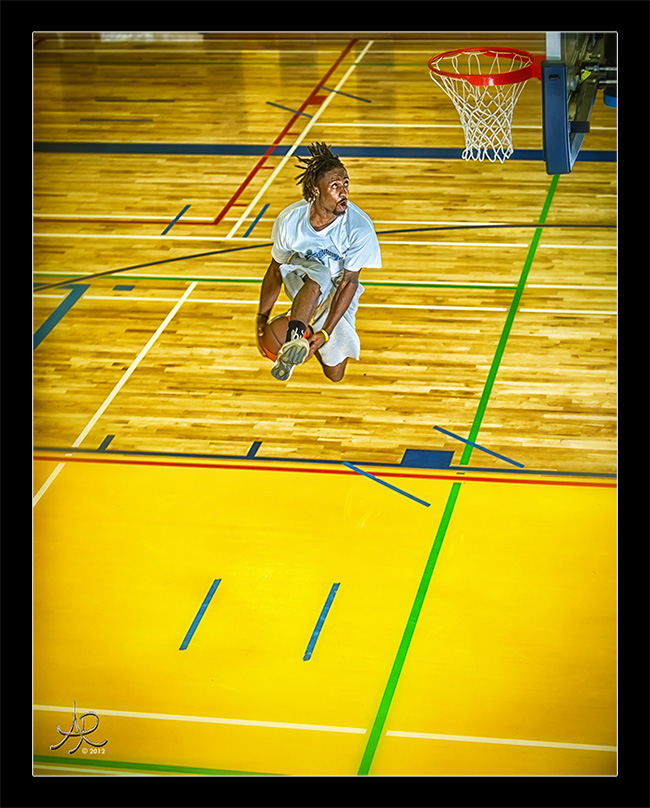 Here's another quick tease....Jamar Coke of Hamilton treated the kids and I with some fancy moves above the rim. All I can say is WOW!!!!! Gotta thank Dave Omerod for bringing this amazing talent together for a GREAT week of basketball. The Kids LOVED the Ganon Baker Camp! More Images Coming Soon...

I'm a good sport and will allow myself to become vulnerable to express the value in post processing.  I was experimenting with self portraits and wanted to try different looks (High Key), but didn't have time to do hair and makeup.  I decided to try some Photoshop techniques that I learned through NAPP and Scott Kelby's recent "Light it-Shoot it-Retouch it" tour. The post processing power amazed me.  I realize now how plastic surgery can be addictive, as I added makeup-eyelashes-blends and even a lift or two...Just because I CAN "LOL"!