Royals gives Mountaineers a run for their money in court start

It was a bit of a seat-squirmer in the first Ontario Colleges Athletic Association regular season men’s basketball game at the new David Braley Athletic and Recreation Centre, but Mohawk got by visiting Redeemer, 97-92, Wednesday (Oct. 23).

The Mountaineers led 28-15 after the first quarter, but the Royals turned the tables in the second quarter, outscoring their arch rivals 28-18, which left the score 46-43 Mohawk at the half. The Mountaineers outscored Redeemer 25-23 in the third quarter, and the teams each scored 26 in a very competitive final period.

While Mohawk led for most of the game, the Royals put the issue in doubt when they pulled ahead 85-82 midway through the fourth quarter. But the Mountaineers were able to keep their composure in the final two minutes to get the narrow victory.

Mohawk was led by Matt Fennell who scored 29 points. Then the points were spread out. Patrick Iavarone had 17, Andrew Cicuttini scored 14, while Xzennis Brereton and Alex Reis added 13 apiece. Cicuttini also had 19 rebounds and Taylor Dowhaniuk had 18 boards.

Mohawk head coach Brian Jonker said his team scored just enough. “We gave up a whole lot but we scored a lot,” said Jonker. “Ultimately, we got out with a ‘W’ but we have a lot to clean up defensively.”

Jonker said Redeemer never went away. “They work hard and they’re a good group,” said the coach. “They made some shots that kept them hanging around.”

Reis and Fennell both had some key buckets in the game’s latter stages.

“Alex is sneaky,” said Jonker. “When we need him to score, he scores. Matt never stops moving, so he’s almost a mismatch for anyone that’s going to guard him with a guard. We got a break for a couple of late possessions when he was matched up with a guard and he took advantage of it and scored.” 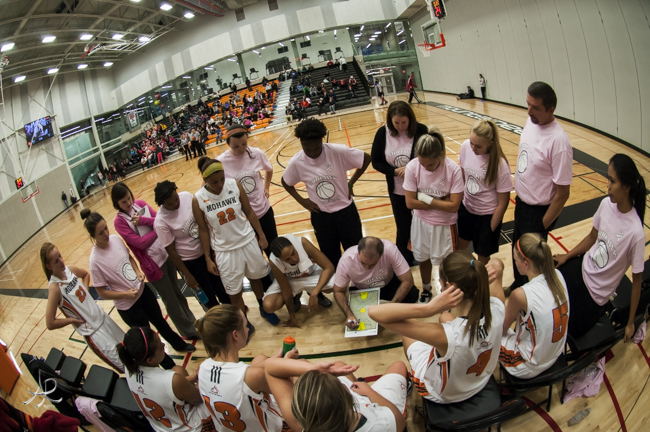 The Mohawk women’s basketball team opened the Ontario Colleges Athletic Association regular season with an 86-69 triumph over the Redeemer Royals at the new David Braley Athletic and Recreation Centre Wednesday (Oct. 23). But the 17-point win wasn’t always in the cards.

The Mountaineers and Royals played even in the first quarter, as each scored 16 points. The home team pulled ahead 33-23 at the break, but Redeemer came out of the gate smoking in the second half with a rally which included three consecutive three-pointers, without reply and suddenly were down only 37-35. Mohawk regrouped to lead 59-47 at three quarter time and then managed to maintain a healthy margin in the final period.

Stef Hrymak led the Mountaineer attack with 21 points and eight rebounds. Porscha Hewitt had 19 points while Natalie Fisher and Katelyn Arbour chipped in with 11 each. Arbour also led all rebounders with 10.

Mohawk head coach Kevin Duffy said despite the win, his team played very sloppy basketball. “I give a lot of credit to (Redeemer),” said Duffy. “They played very well, they executed, they moved the ball well on offence and they hit the open shots.”

The coach felt his team had some opening night jitters and were a little tentative on the court. They also got into early foul trouble.

The coach noted it wasn’t all negative and he liked to emphasize the positive, such as the fact they scored more than 80 points. But the team will look at the video and deal with the defensive breakdowns.

“We’ll piece it back together and be ready for the next game,” said Duffy. 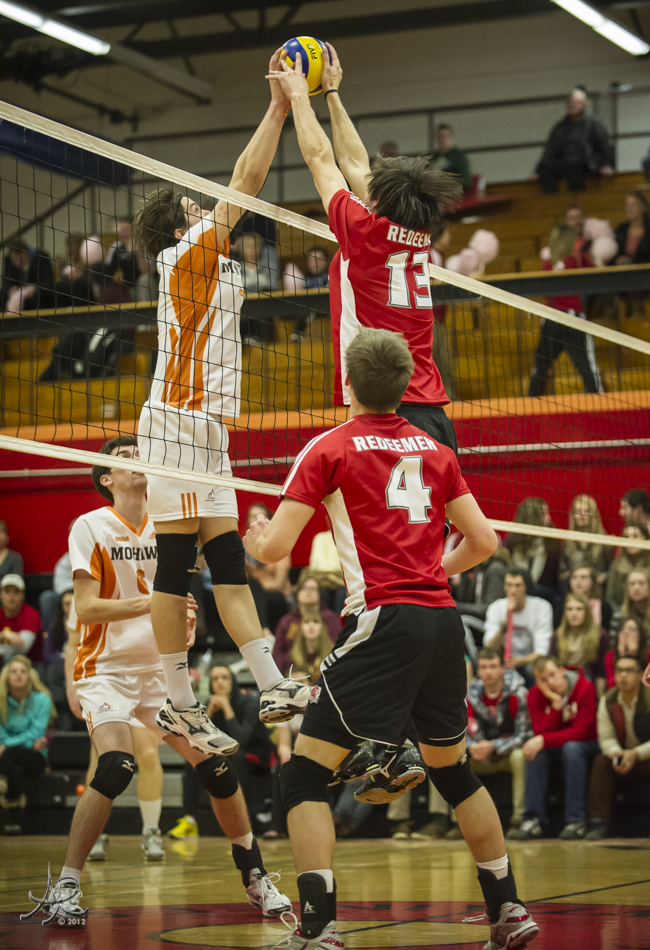 Mo Sulaiman had another big night for the Mountaineers with 19 kills and four stuff blocks. Marcin Jedrzejewski had 14 kills and one block, while his brother, Bart, had 24 digs.

David Klomps had 15 kills, two service aces and two blocks to pace Redeemer, which entered the match tied for first place with Niagara. The Royals record fell to 13-4 while the Mountaineers improved to 9-8. 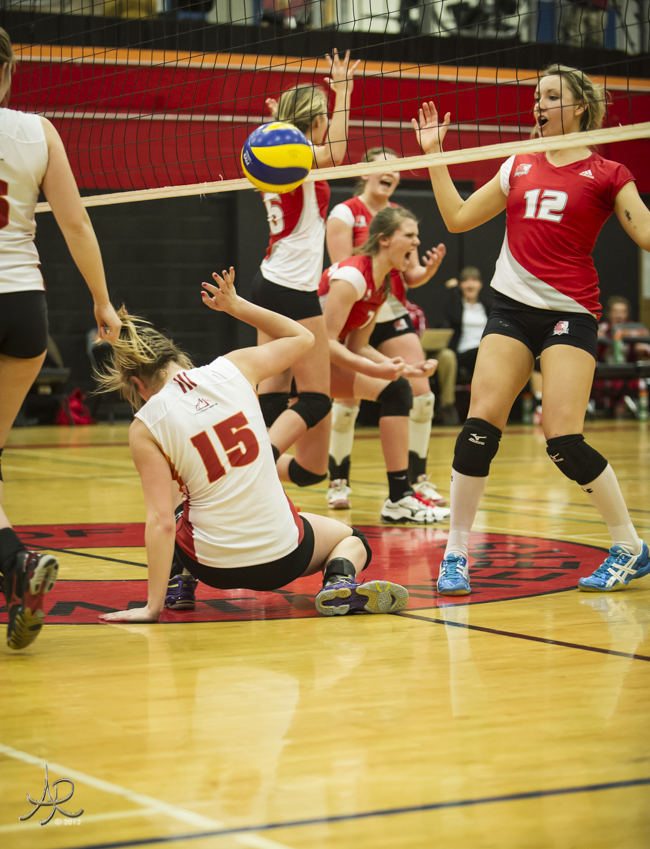 Mohawk was led by Chantal Baker with eight kills and eight digs.

“Tonight we had our best match of the second half,” said Mountaineers’ coach Andrew Nicholson. “The girls worked hard on every point in sets two and three and with any luck we could have won both. We felt very good about ourselves tonight even though we lost.”

Mohawk’s record dropped to 6-11, while Redeemer improved to 8-9.