It's hard not to go waterfall hopping when you live in the "City of Waterfalls". My friend Scott Thomas and Merrie joined me from NY and in one day we visited over 10 waterfalls. Some were spectacular and some were not so great! Midsummer is difficult because the water is not flowing as much and the scenery is overcrowded with onlookers. For a photographer ambiance is everything and it's nice to catch a sunset or sunrise too. 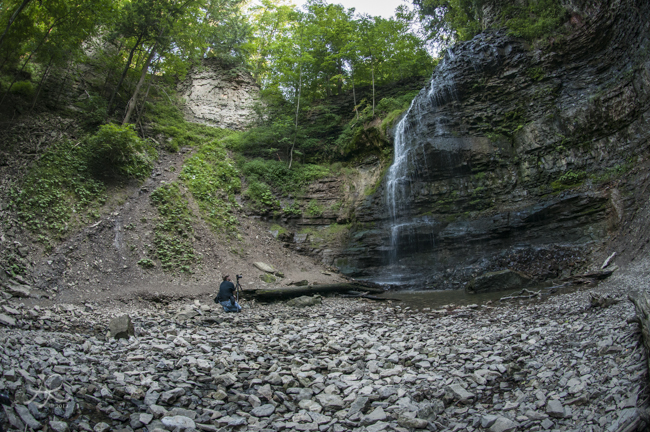 We started out in the morning to view Webster's Falls, Tew's Falls, Pioneer Falls, Darnley's Cascade. By mid noon we photographed the spectacular Sherman Falls and Albion Falls. The day ended at Tiffany Falls in Ancaster. There was no water running down Felker's Falls, a few of the smaller falls or the Devil's Punchbowl Falls. Regardless the Hamilton City view was nice to see from the lookout. [More about Hamilton Waterfalls] 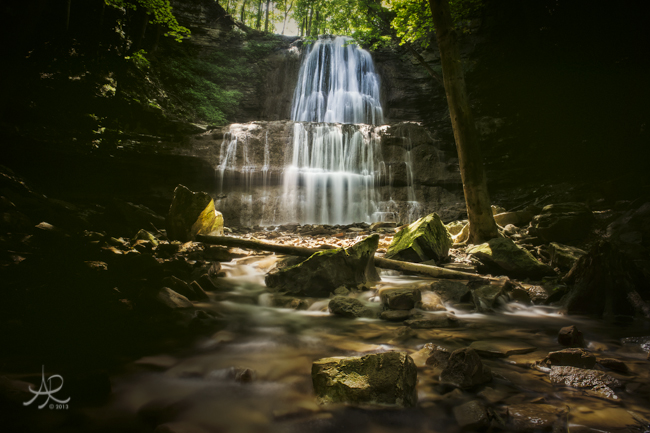 Because there is no control of the elements on the day of an excursion, the best thing to do is make the best of it.  NO! NO! NO! don't photograph directly into the sun...you can't do that....the photo will not turn out. At the mercy of full sun, I just did that.  I have been in awe of lens flare and sunblown images since I started looking at photographs. I believe it evokes a sense of character and emotion to the image. A new series "soccer lens flare" will be posted soon. 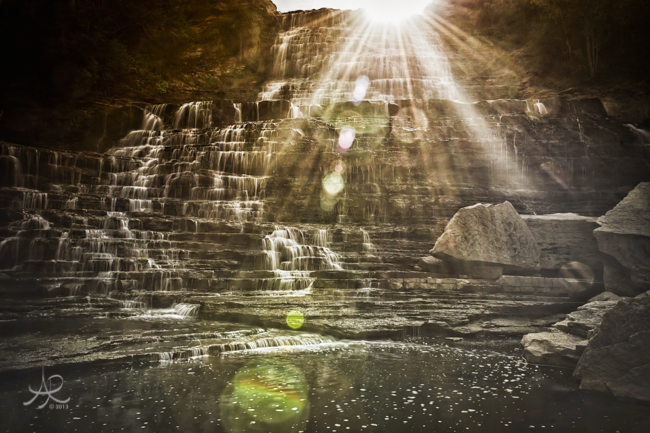 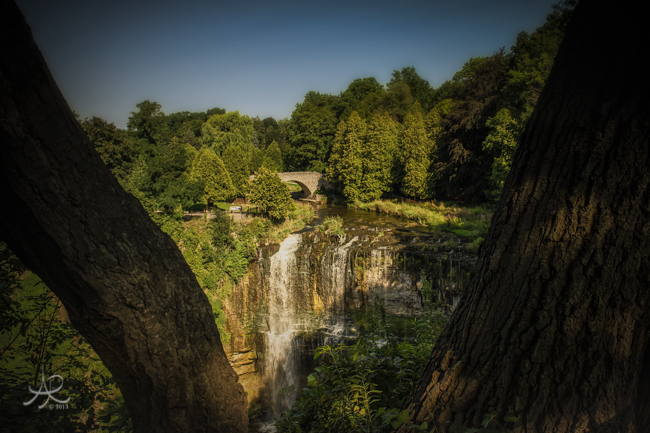 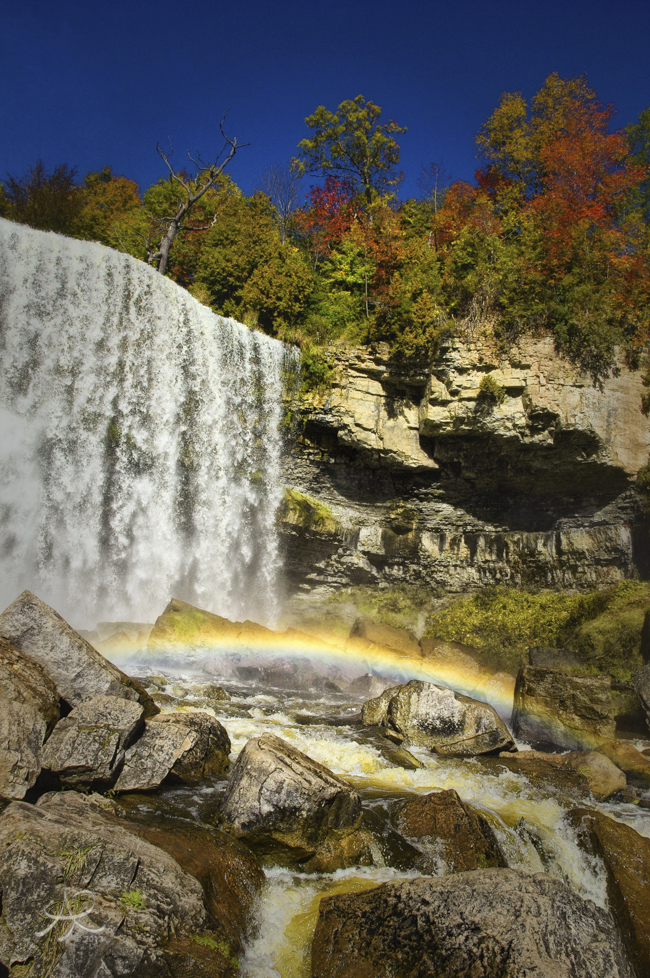 I had a great day photographing with Scott and Merrie. Websters Falls has so many beautiful features besides waterfalls. I enjoy shooting backgrounds for my composites. I am currently working on one for the Westcott Shootout this year (soooooo excited to share it). The background image below lends itself to an interesting photo on it's own too [Fisheye 10.5mm at  f10 |1/200] 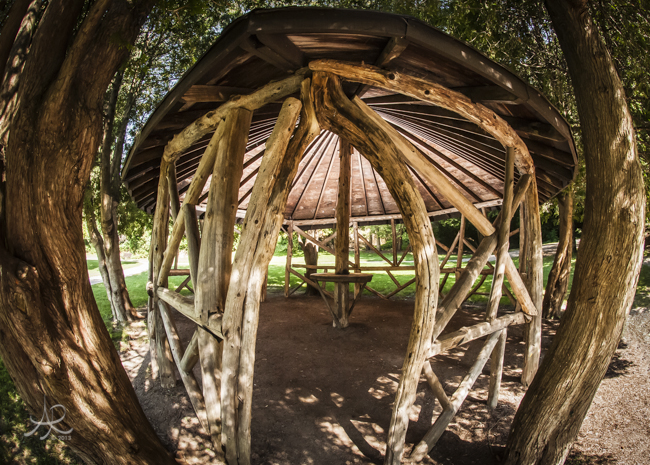 Websters Falls Park, Dundas, ON[/caption] Scott and Merrie, Thank YOU for a wonderful waterfall day in Hamilton! My favorite moment was when I called my friend Tara for directions and I complained about the falls being dried up...She replies, "Well if you're trying to find some falls with water, have you heard of Niagara Falls?" Autumn is just around the corner and things will be flowing. Looking forward to the next shoot! [Scott Thomas Blog] [caption id="attachment_6334" align="alignnone" width="650"] 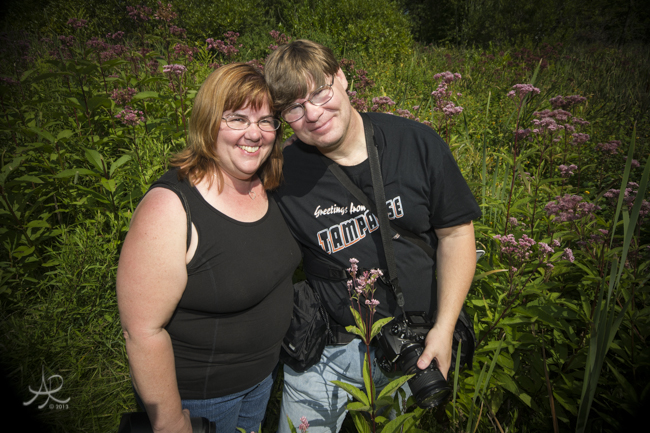 Back in the Autumn of 2006 I pushed myself out the door to take some scenic pictures of Dundas, Ontario.  I am very happy to say that I finally processed the images (5 yrs later!). I hope you like the photographs and have time to comment.

This particular autumn day was an adventure!

I am amazed at the wondrous beauty of the Niagara Escarpment. On this “Day in Dundas” series, I photographed The Gorge, The Peak, The Lookout, Rail Trail, Bruce Trail, Waterfalls: Pioneer Falls, Tews Falls & Webster Falls. I was shooting the town of Dundas from the peak when I heard the rustling of leaves behind me. I heard a piercing shriek when a hawk snatched a squirrel from the tree directly above my head.  I was quite startled and scared, as I scrambled to get my footing along the cliff. I am terrified of heights, but was able to quickly respond to get the photograph. I walked back down the Bruce trail to the calming flow of Webster Falls. It was like a present wrapped with rainbows. This is certainly one of my most memorable photographic moments. I felt it necessary to composite my real life heart pounding predator experience with the marvelous beauty that I observed moments later.