Congratulations Dundas Real McCoy's on your 2014 Allan Cup Victory! The entire week was full of energy from the volunteers, organizers and teams. I had a great time shooting for Hamilton Scores "The voice of the #HamOnt amateur sport community". All my photographs from the event can be viewed at www.Presentitphoto.com (Direct Link-2014 Allan Cup) Please enjoy my favourite picks from the tournament.

Last year I posted about the Real McCoy's because they sponsored the newly added Atom Select team. Since adopted by the DMHA they were known as the Dundas Jr. Real McCoy's. Being part of a small community it is nice to have the boys mentored by an amazing group of local hockey players. The McCoy's sponsored the boys who were in hockey limbo and gave time to run a very special practice. Read More: They Sure Are the Real McCoy  | Hockey Links

On a personal note, my little guy tried out for rep that year and didn't make it. The coach of the Atom Selects was a former Real McCoy's player giving his time to share the love of the game. A wonderful parent network and commitment to the team led to lifetime experiences for our boys. These moments add growth to our children and deepens the ambition to be better hockey players. In my sons case, he wanted to try out for the rep team again. Once again he didn't make it. In light of some events he was asked to join the team. He had a great hockey year and the team building experiences are unforgettable. Now that hockey tryouts are around the corner, he has come to play. The Allan Cup Championship game has momentum that is inspiring to a young athlete. Mentorship is not only a one time moment, it is an ongoing connection and relationship.

The feedback from the 2014 Allan Cup by community members give a sense of loyalty and pride. I am pleased to present this video from the Championship day!

It was an extremely busy week. Just coming out of the OBA's in Windsor my computer hard drive failed. Creative Technologies in Burlington has worked hard to get me up and running. I hope to have a newly revised machine by the end of the week. Now among all that my daughter caught that awful hacking cold and was off school all week, my son had multiple sports-lessons and his birthday celebrations, I was shooting tons of hockey, my colleague from the Syracuse Crunch was in town to shoot the Bulldogs and I was hosting Easter Dinner.  Needless to say I stopped to smell the roses in the beautiful flower bouquet from by sweetheart. Ahhhhhhhhh got it all done though! 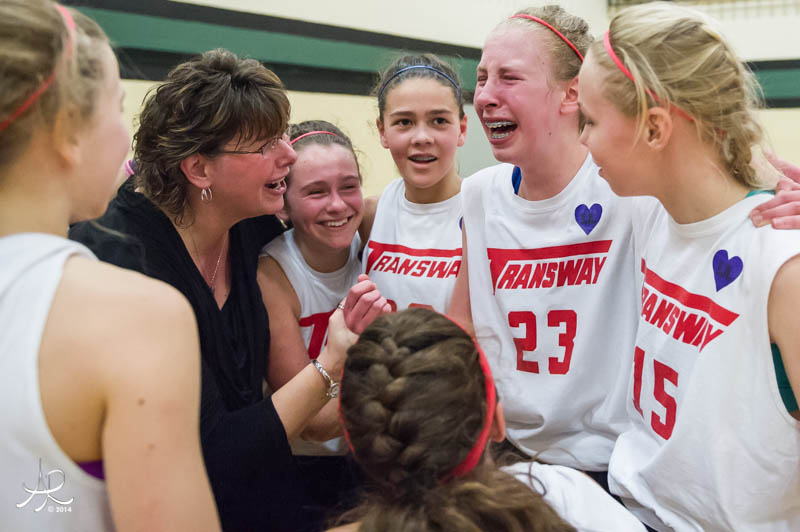 As I wind down from hockey season, I will be processing the last of the images and putting together a portfolio specific to hockey.  Dave Black, SI photographer said my football is strong, but where is all the hockey? If I'm from Canada I should have more hockey in my portfolio. Well ya gotta listen and do when someone like Dave gives you advice. OH and I am very excited...no wait jumpy excited to meet with Dave Sandford-NHL photographer to gain some valuable photographic advice. It's kinda funny because I first met Dave Sandford back in 1997 at an event I was running. Yesterday when I was going through some photos I found this one one of a future NHL'r from the Whitby area. Jason Ward played in the OLA Celebrity Lacrosse Challenge. Here he is with NHL greats (L-R backrow: Adam Foot, Gary Roberts, Jason Ward, Joe Nieuwendyk, Colin Patterson. L-R Front Row: Darren Pang, Doug Gilmore, Brendan Shanahan, Stan Johnathan) all played lacrosse to improve their hockey skills.

At the time I was the Marketing Director for the OLA. I was just starting out as a photographer back then on film and we hired a professional photographer for the event to take the team shots. Such a small world to come full circle, live in a small town, support our local team and find a photo with some history.  Photo: Real McCoy, Jason Ward (1997) and NHL Celebrities

The Hamilton Bulldogs (1) finished their season with a loss to the Syracuse Crunch (3) on April 20th, 2014 at FirstOntario Centre. Shout Out: Thank you Brandon Taylor, Hamilton Bulldogs photographer for sharing the glass and strobes all season. From beginning to end, it was so much fun to work with you. 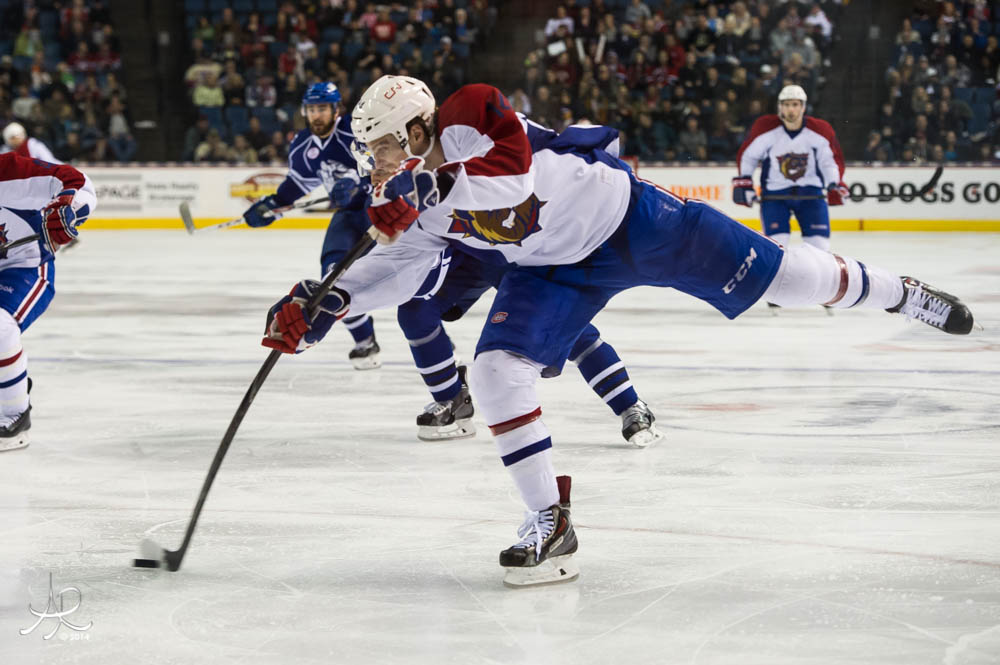 Photo: Hamilton Bulldog, Mike Blunden fires one off at the Syracuse in the final game of the season. View Photos Here: http://presentitphoto.com/hamilton_bulldogs

One last shout out...THANK YOU DMHA for the feedback on the 2013- 2014 Yearbook. The positive response and the enjoyment the membership has shared has been overwhelming. It is always a lot of work for all the volunteers and community to gather and submit the images and content, but they did an amazing job! Amy Yanover, DMHA Sponsorship bent over backwards to keep the deadlines and we accomplished amazing things together as a team. It is a true pleasure to design and include my own photographs for the Dundas hockey community to enjoy for a lifetime. "The yearbooks are great...very glossy, colourful and professional! Thank you!"..."Awesome yearbook cover!"..."The yearbook is awesome and a great keepsake for our family..."Best Yearbook EVER!!!"... 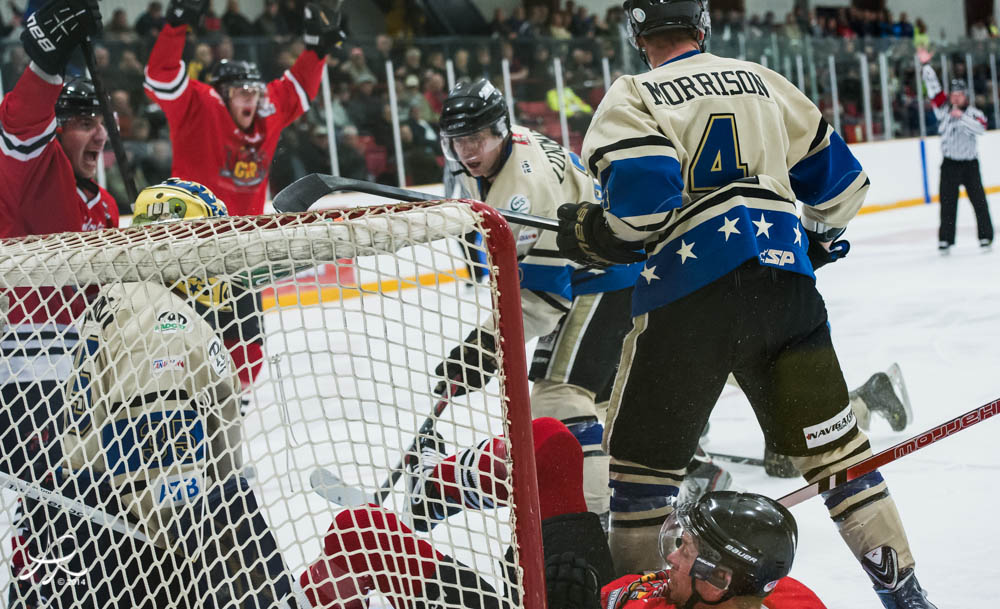 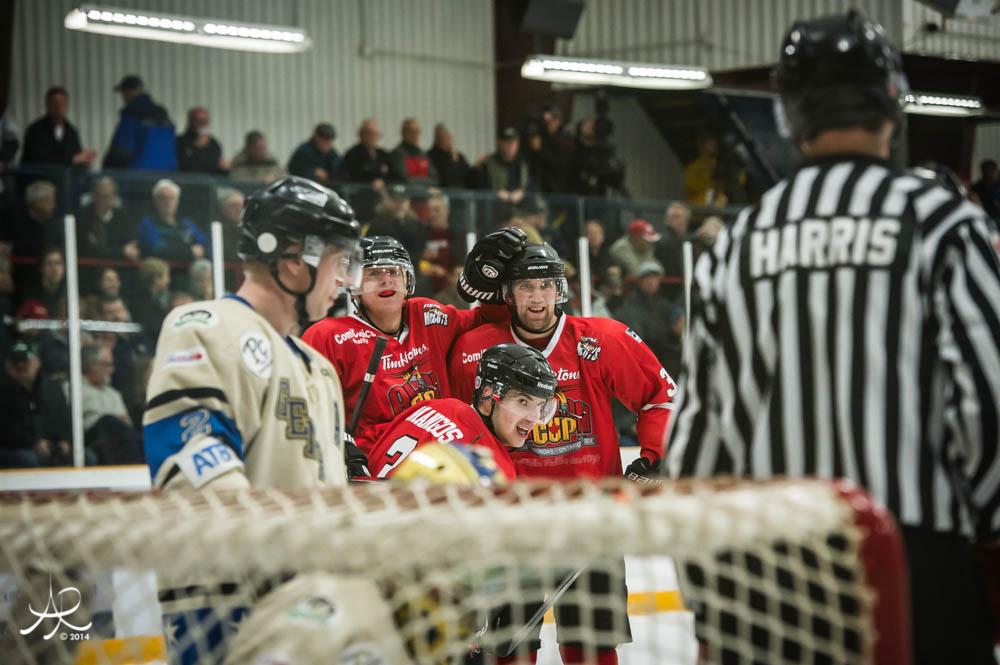 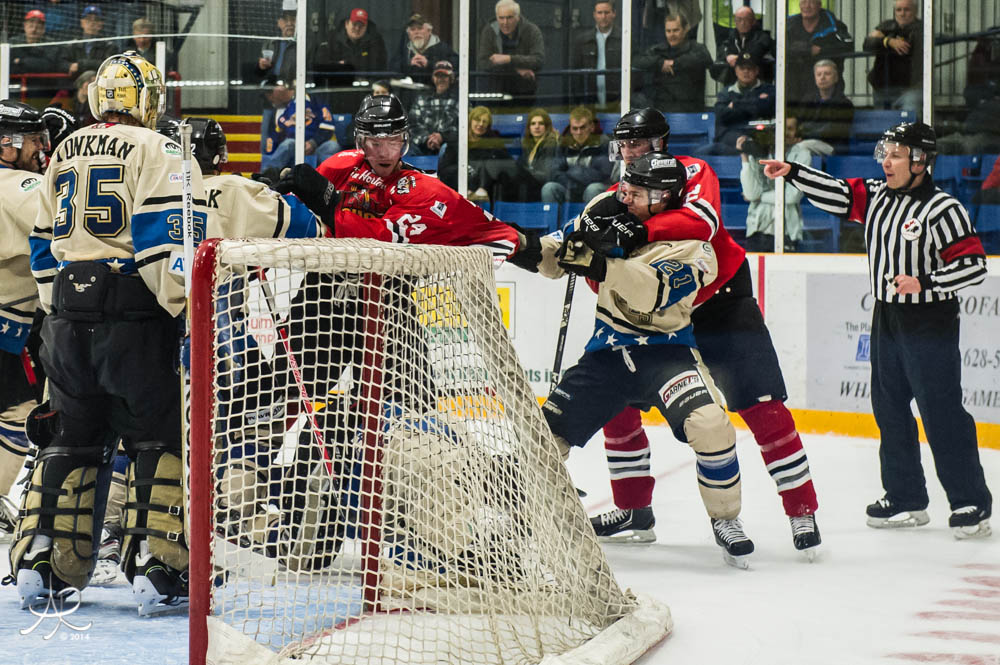 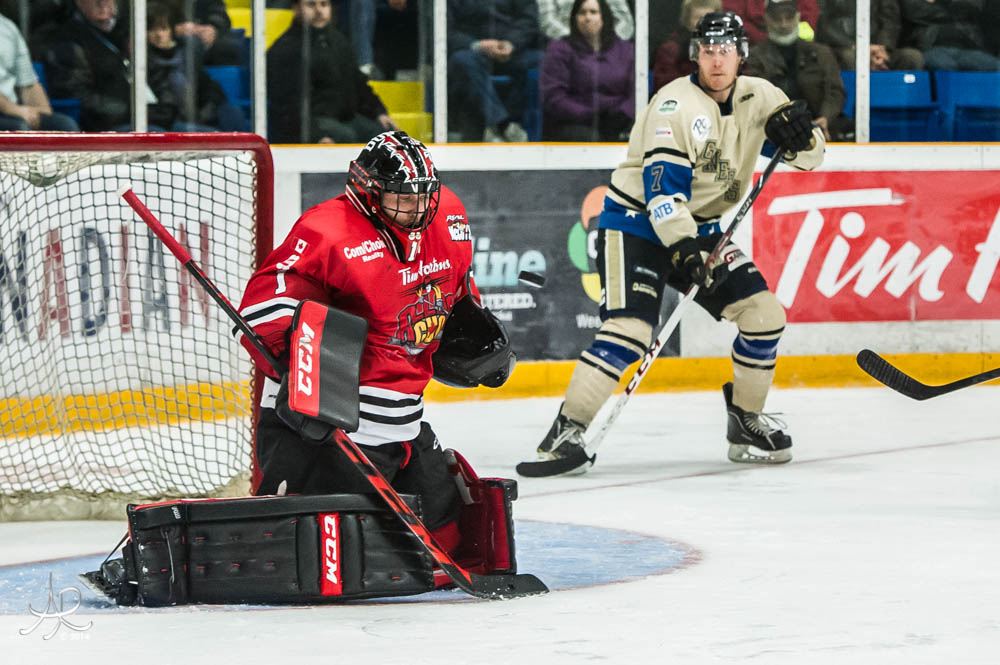 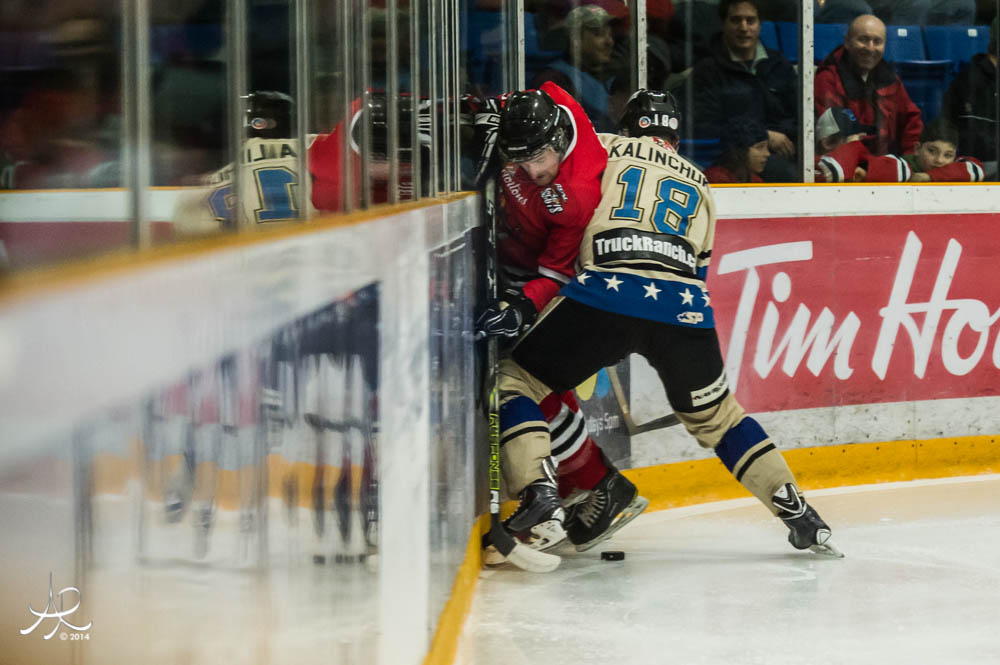 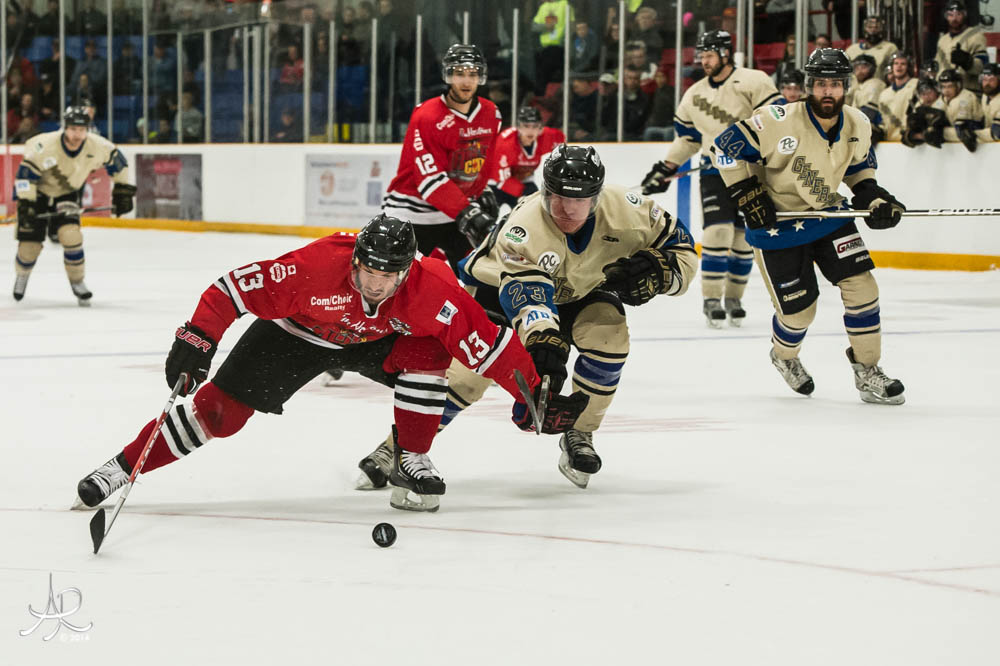 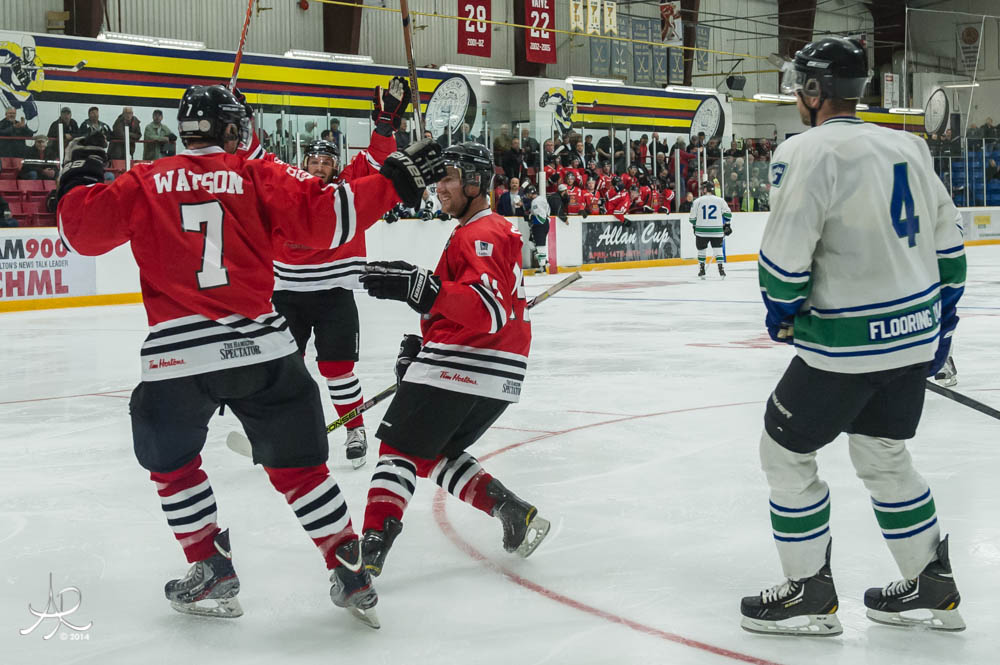 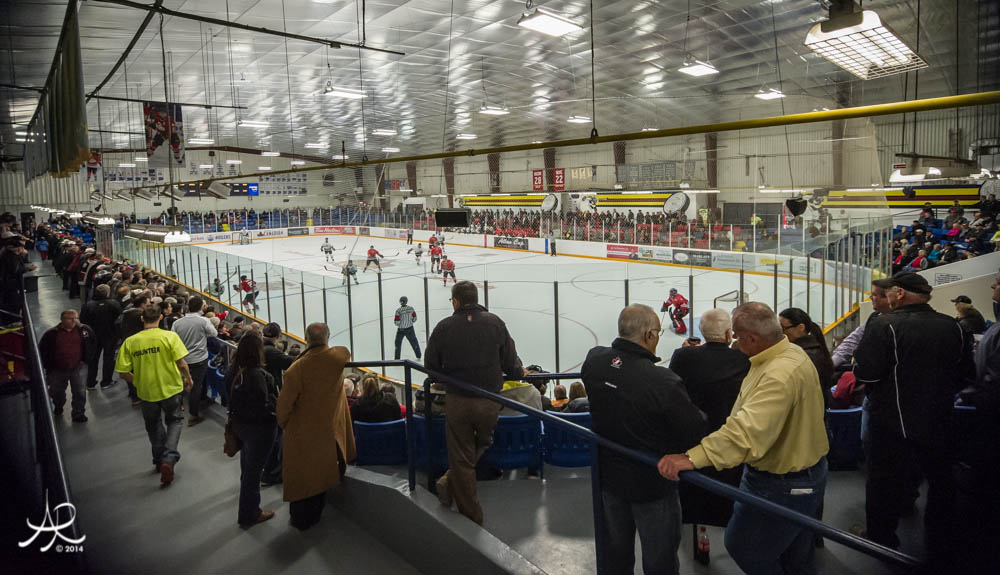 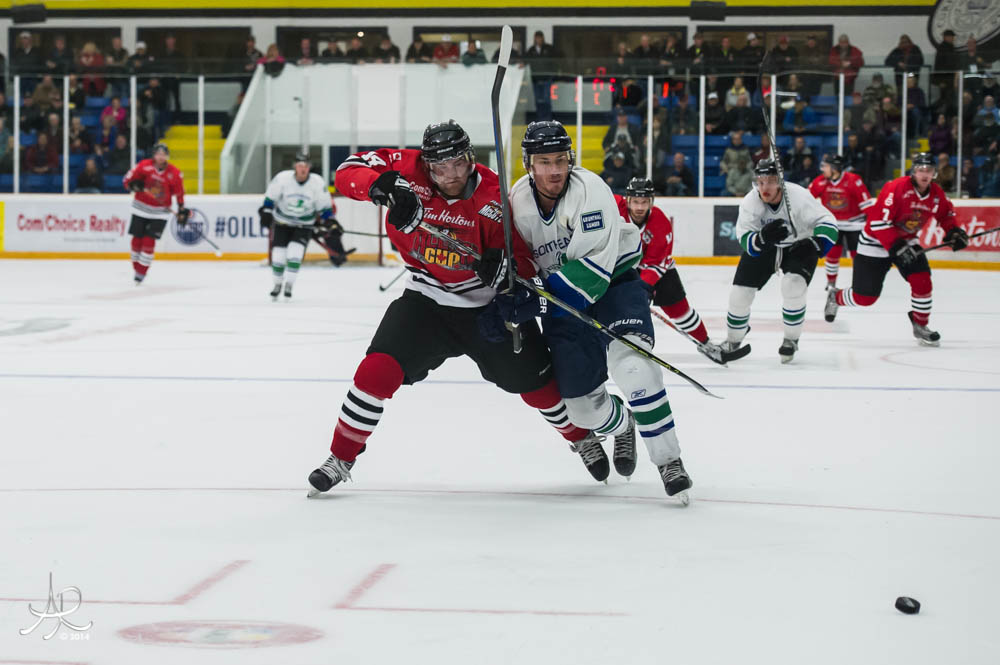 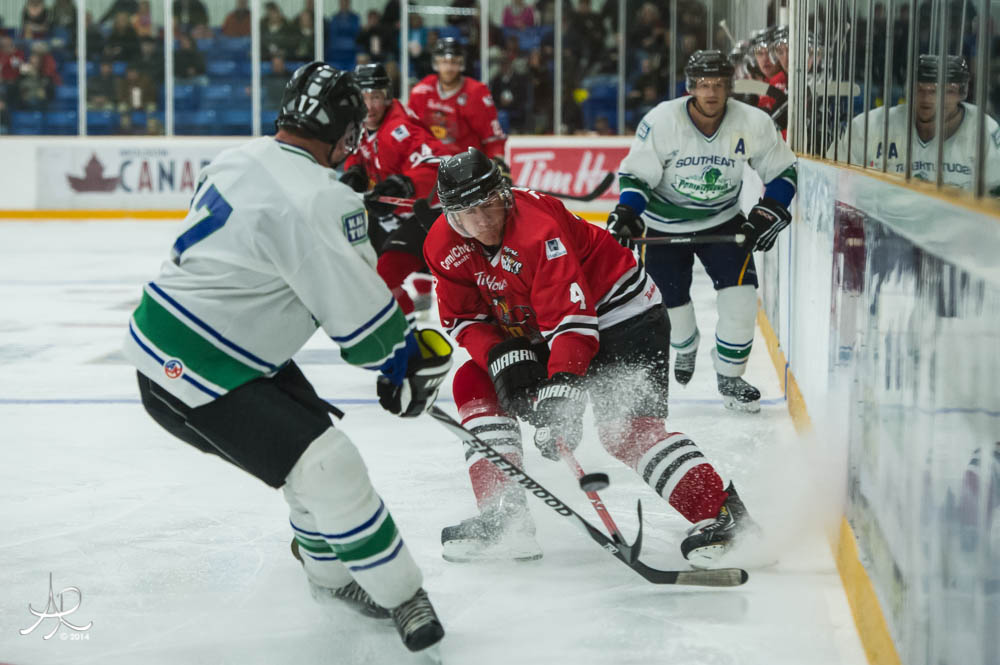