Marauders’ quarterback Kyle Quinlan tossed two touchdowns and ran for another to lead No. 1 ranked McMaster to a 33-20 victory over the Queen’s Gaels in Ontario University Athletics football on Saturday (Sept. 22).

The win hands McMaster (4-0) possession of first place in the OUA while Queen’s (3-1) drops to second.

Quinlan, who was named the ‘McDonalds Big Mac’ player of the game for McMaster, was 25 of 36 throwing for 340 yards with two touchdowns. He added another 76-yard’s on the ground and a rushing touchdown.

Robert Babic of Oakville, was Quinlan’s top target pulling in nine receptions for 104 yards and one TD. 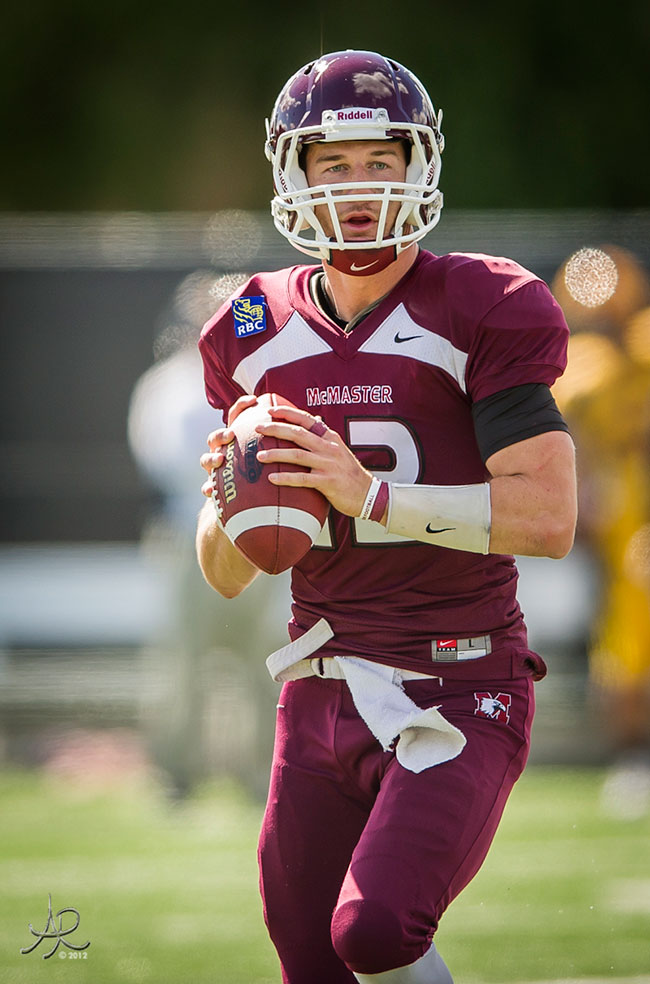 Marauders’ Kasean Davis-Reynolds of Mississauga, was the game’s top rusher posting 132 yards while Queen’s Ryan Granberg of Sherwood Park, Alta., finished with 103-yards and a touchdown.

Queen’s QB Billy McPhee of Burlington, was 29 for 46 accumulating 320 yards and throwing for one touchdown.

“This was a big win, but the locker room is not satisfied with it; we had troubles in the second half and that’s frustrating,” said Quinlan. “The end result was good, Queen’s is a real tough squad and winning gives us an inside track, but we have to get back to work.”

McMaster’s nationally ranked offence needed just three plays to open the scoring as Quinlan found Babic on a 35-yard strike just one minute and 41 seconds into the game to make the score 7-0. Queen’s would respond with a 42-yard field goal from Dillon Wamsley of London, at 6:38 of the first quarter, but McMaster jumped ahead with Crapigna’s four field goals for a 19-3 lead in the second quarter.

With just 21 seconds remaining in the half, Quinlan connected with Ben O’Connor of Kingston, on a 50-yard pass to put the score 26-3 at halftime. The touchdown was O’Connor’s first of his career for the second-year Health Studies major at McMaster.

In the third quarter, Quinlan made the score 33-3 with a six-yard run at 5:25 to conclude McMaster’s scoring.

Granberg punched in a two-yard run late in the third quarter while Justine Chapdelaine of Abbotsford, B.C., made the score 33-18 on a nine-yard pass from McPhee. McMaster would surrender a safety to run out the clock and put the final score at 33-20.

The win puts McMaster in first place two points ahead of Queen’s and Western. McMaster travels to Western next week to face the 3-1 Mustangs in London on Sept. 29. Queen’s will challenge Ottawa at Richardson Stadium in Kingston.

“[First place] may be temporary, a 4-1 jam lock still could happen next week,” said McMaster head coach Stephan Ptaszek. “We don’t feel like we’re in first place by ourselves, we have some tough football to play and earn that right.”

NOTES: Announced attendance at Les Prince Field in Ron Joyce Stadium was 4,132. During the game Quinlan moved into second place on McMaster’s all-time pass completion list passing former Marauder quarterback Phil Scarfone (1981-84). Quinlan now has 400 completions and is 209 away from legendary Ben Chapdelaine on the all-time list. Quinlan also moved into second place on the all-time list for passing yards and has totaled 6,385-yards in his career. He trails Chapdelaine who recorded 9,974 yards when he played for the Marauders from 1997-2001. 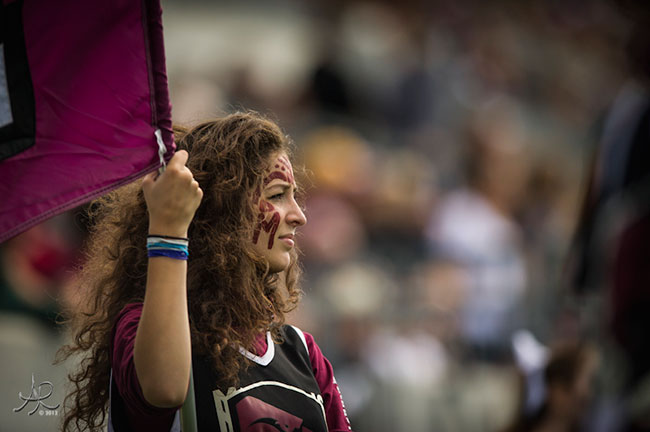