It is really special when a coach wants to do something extraordinary for his athlete. Tyler Crapigna (#4) is a third year kicker for the McMaster Marauders Football Team. Crapigna has a long list of football accomplishments and currently completed the CFL Combine in Toronto (#CFLCombine). Wishing Tyler all the best in the CFL Draft. Check out this recent article "Ottawa man kicking his way into the CFL" by Tim Baines, Ottawa Sun. 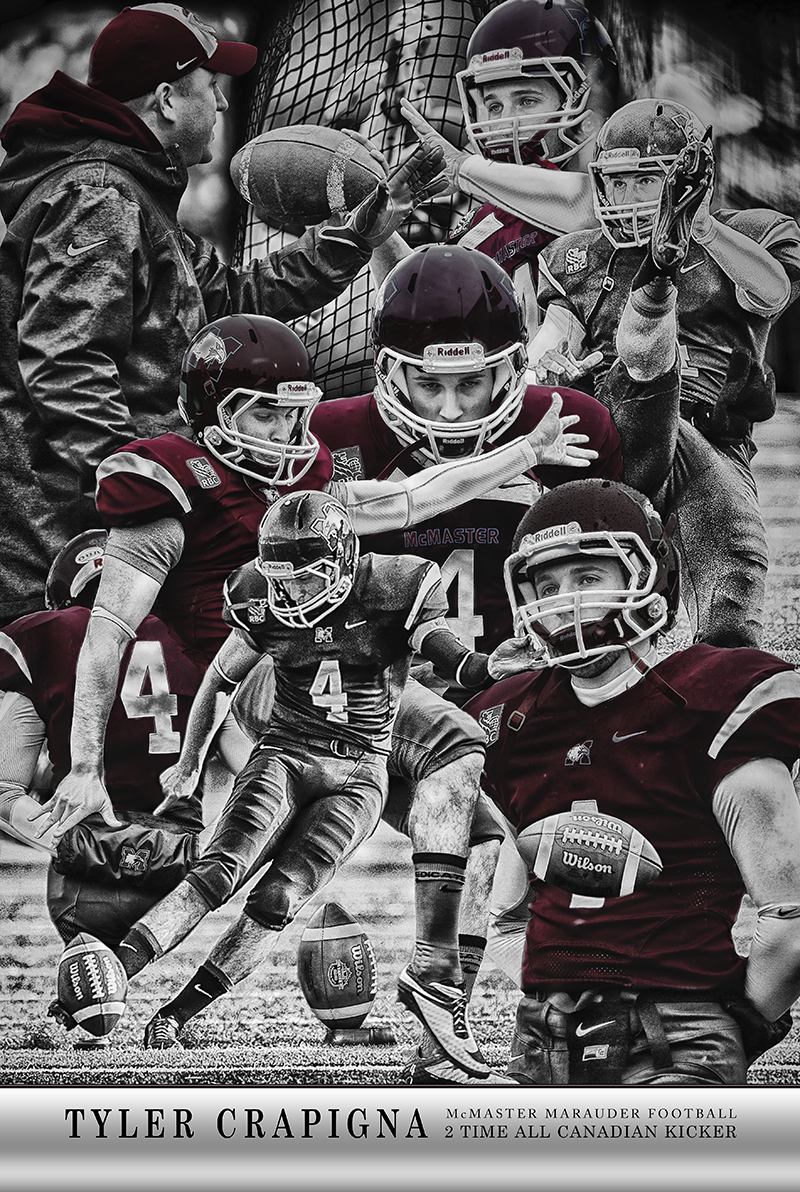 It wasn't hard to find an arsenal of photographs to design from when Dana Segin, Tyler's Kicking & Punting Coach asked me to do this special project. What makes is all worth it for me is the amazing reaction received by the long standing supporters who help Tyler be the best kicker he can be. I am very impressed when Tyler's father, Mr. Crapigna drives from Ottawa to Hamilton to watch his son play ball every home game...WoW-That's dedication! 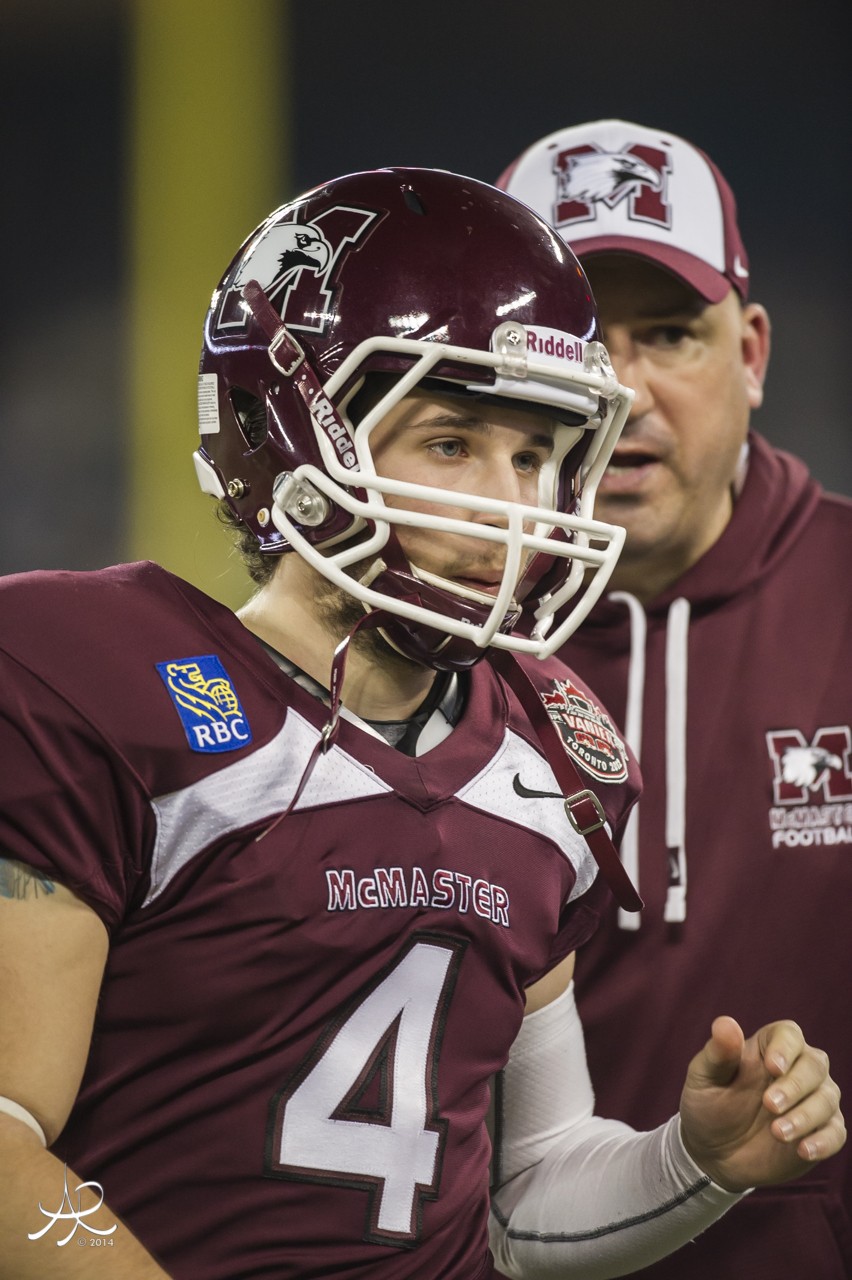 "When I asked Robin at Aerial Promotions‎ to put together a few shots of Tyler, I had no idea I was about to receive something so special. The attention to detail, appreciating my feedback was amazing! All in all, I have an amazing print of the best kicker ever to lace them up and kick footballs at McMaster University" Dana Segin Kicking & Punting Coach-McMaster University Football 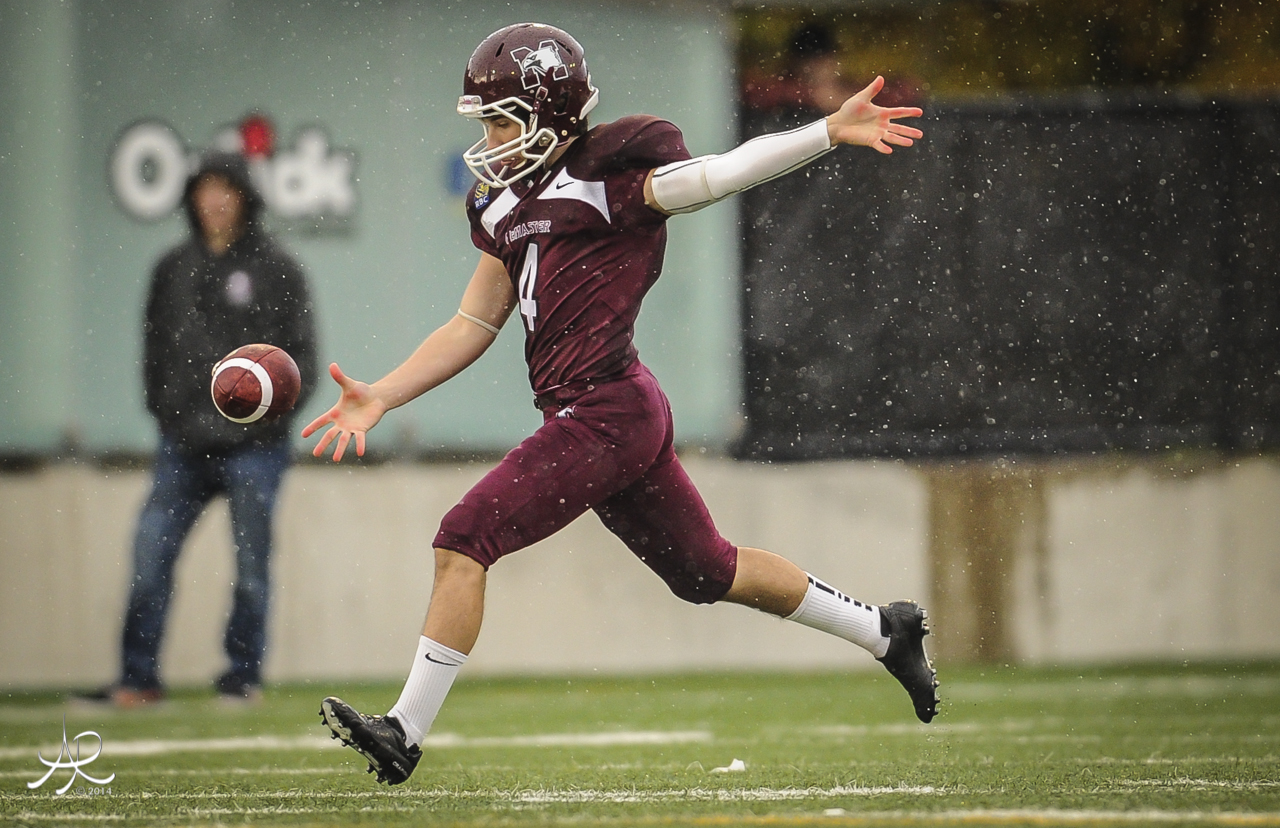 Thank YOU Dana for allowing me to be part of this special project! Best of Luck Tyler, I'll be cheering for you! Follow Tyler Crapigna on Twitter @TCrapigna4 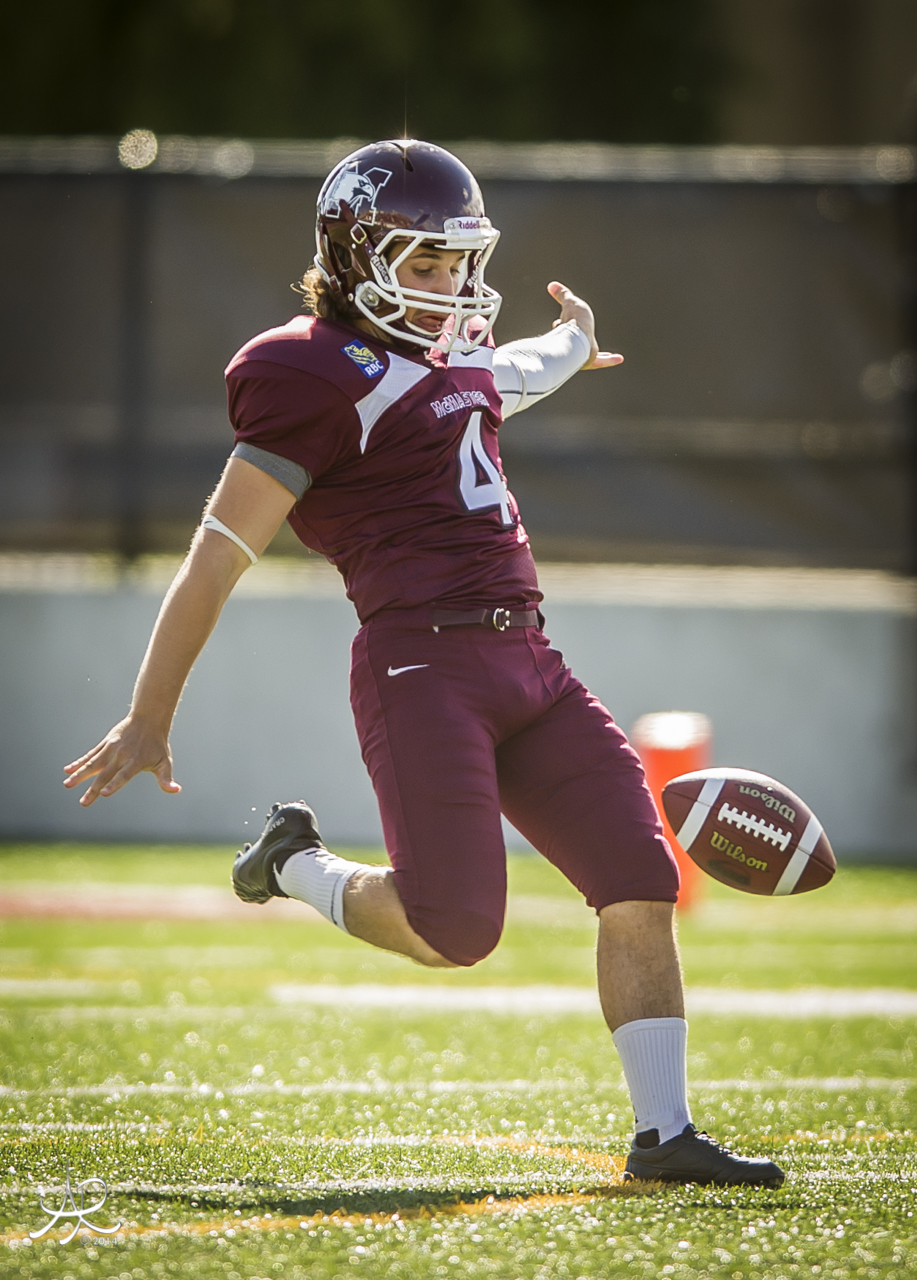 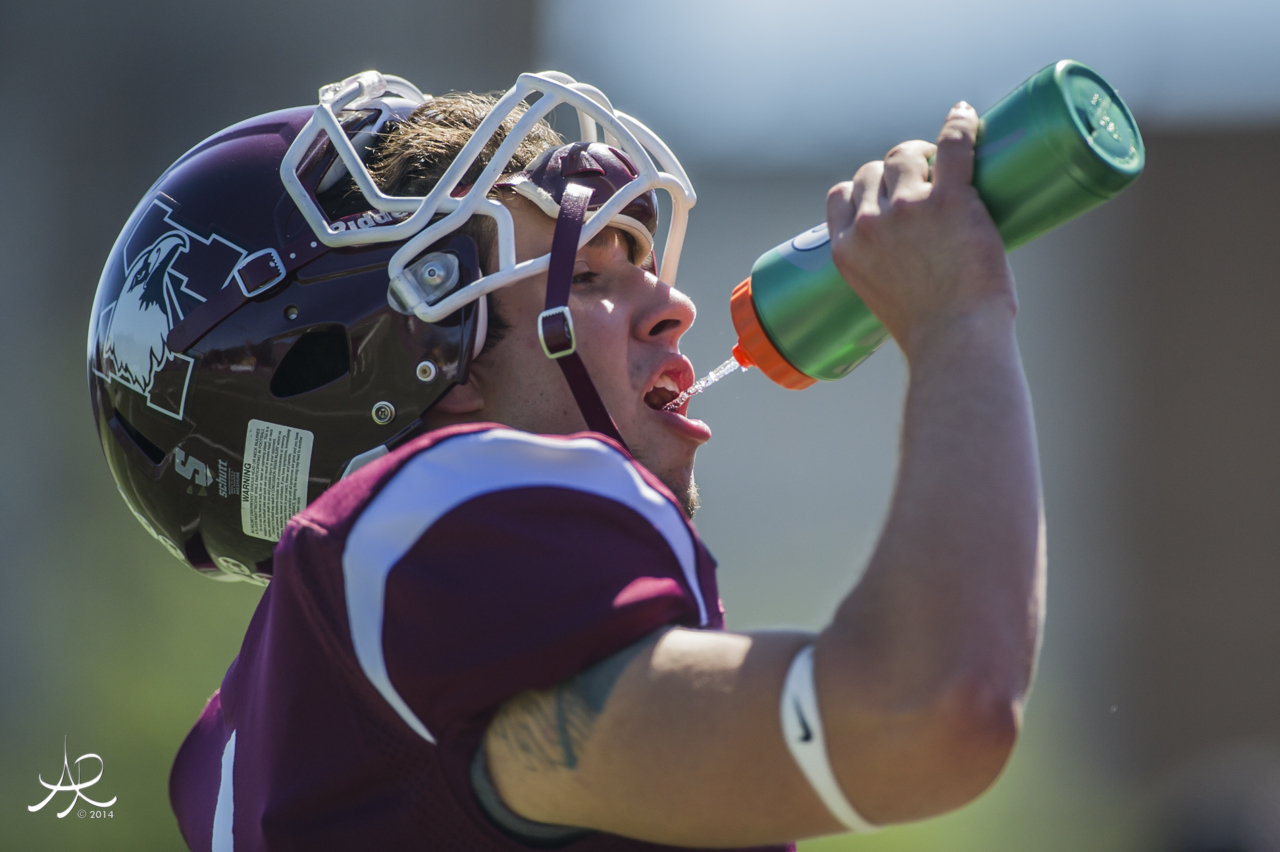 A unique opportunity has prompted All-Canadian Matt Sewell to put his pro football career on hold and will return him to McMaster’s Ron Joyce Stadium as a Marauder for the 2013 Ontario University Athletic season.

Having just completed his Bachelor of Commerce degree, Sewell received his final grades this past week and discovered he had the one-time option of applying to pursue an accelerated Master of Business Administration (MBA) degree from the DeGroote School of Business. 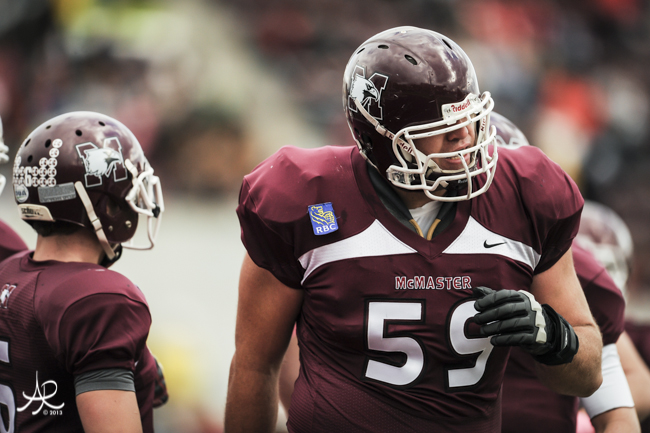 In a media release issued by the Canadian Football League Toronto Argos, who drafted Sewell eighth overall in the 2013 CFL Draft, the Milton native made the following statement.

“The prospect of completing a Master’s degree in the next eight months so that I can then focus all of my efforts on my future as a professional football player was too good to pass up. I want to thank Jim Barker and the Argonauts organization for supporting me in this decision, and I look forward to reporting to training camp in 2014.”

Sewell’s return to the McMaster line-up is a huge bonus for the Marauders. He has been a starter since arriving on campus and is a four-time OUA All-Star at offensive tackle, and McMaster head coach Stefan Ptaszek knows Sewell’s presence will make the team better.

“We are extremely excited to work with Matt for one more year,” said Ptaszek, about Sewell’s decision to return to Mac. “I am also especially proud of him for his continuing commitment to his family and his education.”

Sewell told Marauders.ca that the MBA opportunity was unexpected and he had to make a fairly quick decision but he is looking forward to playing his final season of Canadian Interuniversity Sport eligibility in Maroon, adding “I think it’s going to be a great year.” 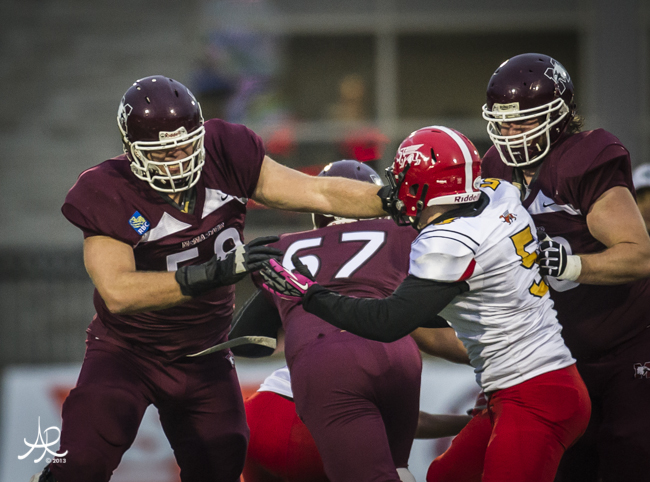 Started at left tackle for every game of his four-year varsity career, missing only the season opener in 2011 while recovering from a wrist injury suffered in training camp. 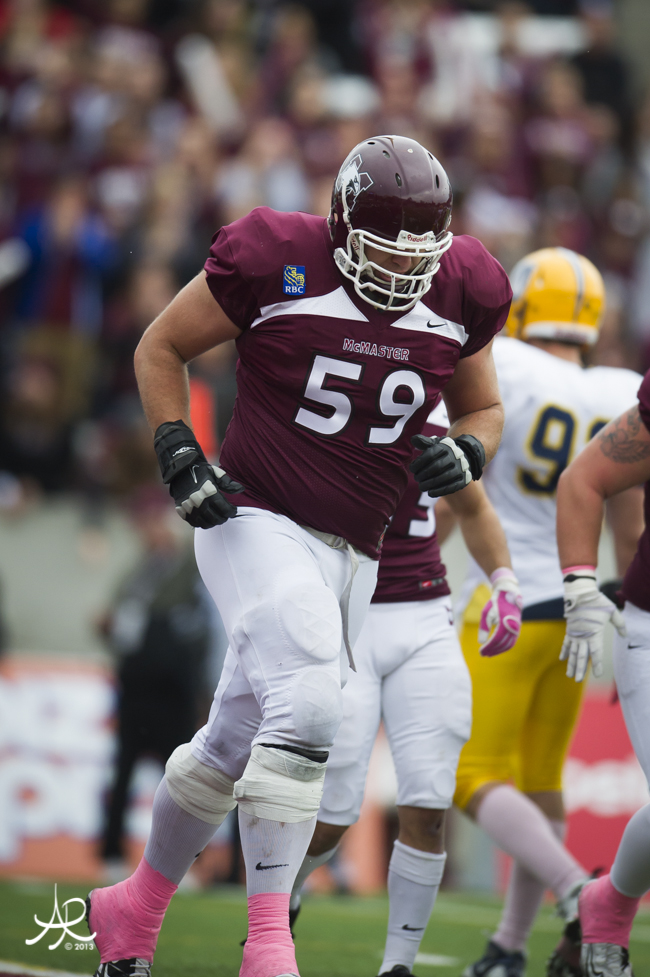 The Blue Bombers selected DiCroce in the fourth round (29th overall) of the 2013 CFL Draft, as the third of five Marauders chosen on May 6. 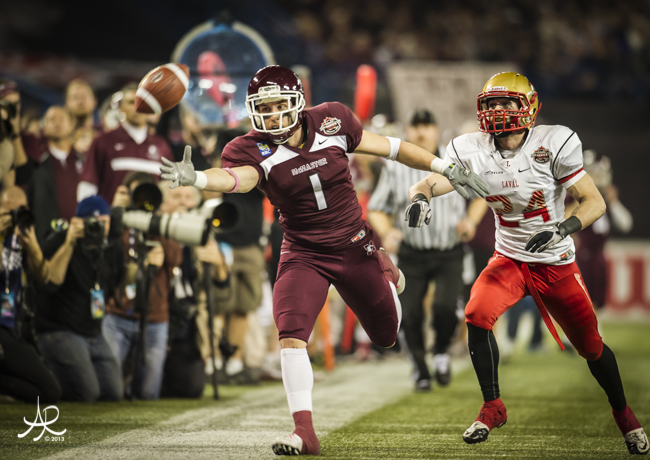 The Hamilton native enjoyed a landmark season in 2011, leading Canadian Interuniversity Sport with 48 receptions for 904 yards and six touchdowns en route to recognition as Ontario University Athletics Most Valuable Player and a First-Team All-Canadian. He missed the majority of the 2012 season due to injury, but reentered the lineup in time to help the Marauders reach a second-consecutive Vanier Cup final, totalling 26 catches for 384 yards and three touchdowns in that limited action. 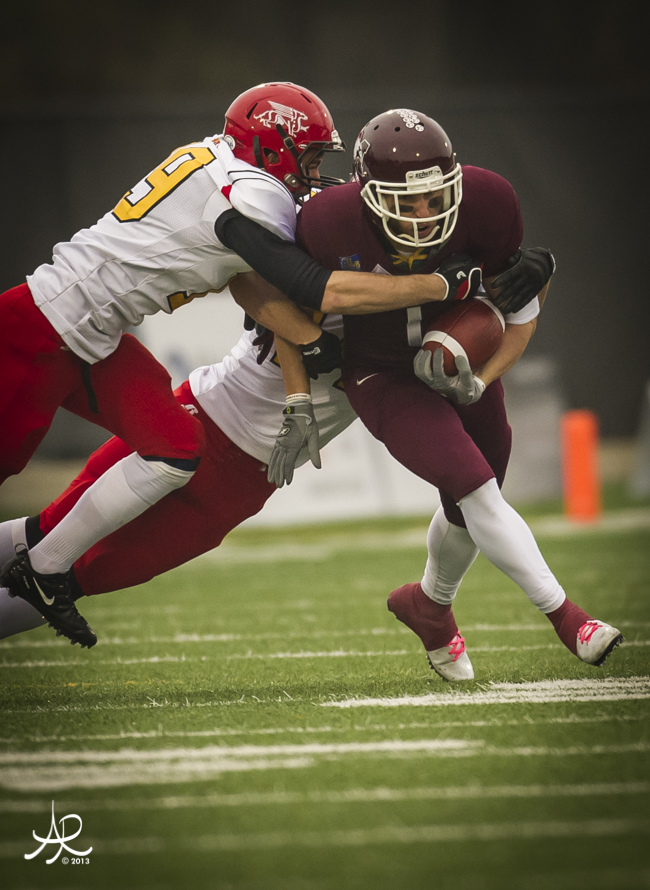 With his signing, DiCroce joins the Blue Bombers who welcome their first-year members to a three-day training camp that begins on Wednesday (May 29). 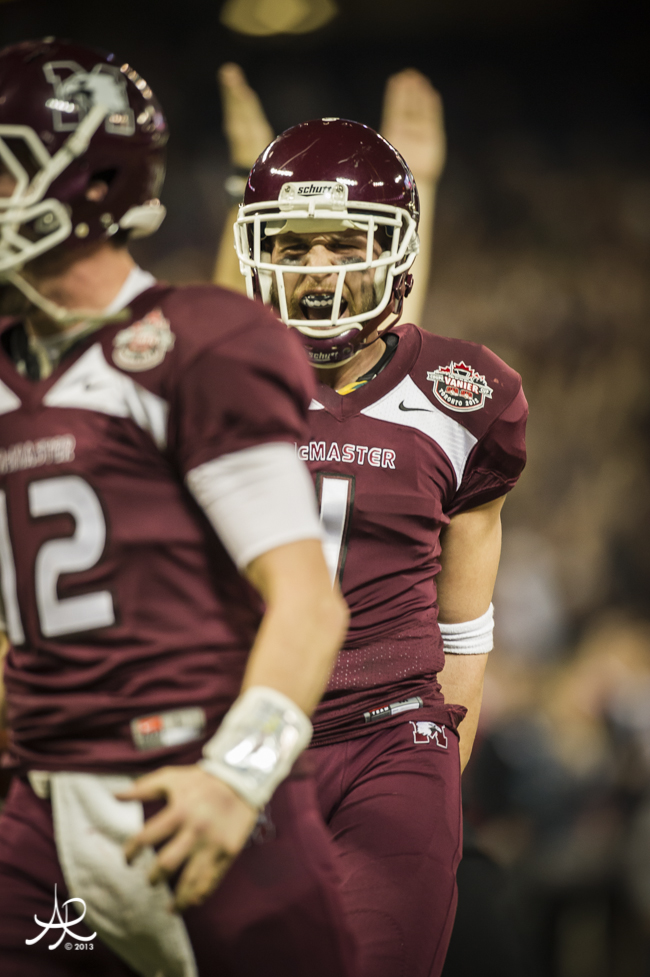